Critics have assailed Republican Gov. Paul LePage of Maine for a recent political tactic on the minimum wage, and now his office is firing back. LePage’s office recently issued a series of wild west wanted posters, the subjects of which are all openly supporting a state-wide minimum wage increase.

The posters attacked the Natural Resources Council of Maine, the Maine AFL-CIO and Maine People’s Alliance for actively supported a proposal to raise the state minimum wage to $12 an hour. LePage spokesman Peter Steele claims the groups are simply trying to distract from how they pushed the proposal through. 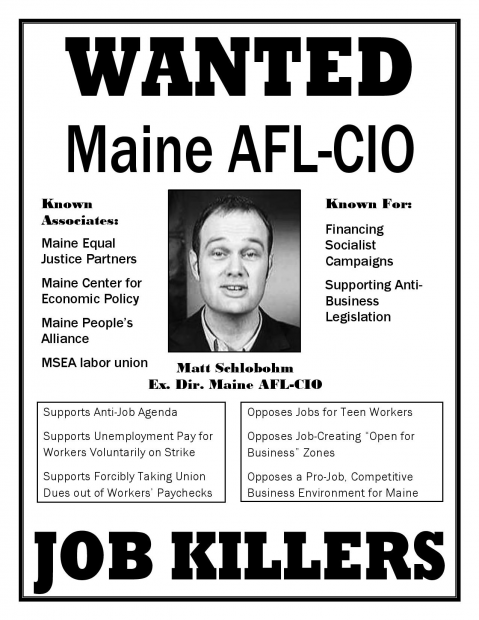 “The criticism from liberals and socialists who support the job-killing agendas of these groups is not at all surprising,” LePage Spokesman Peter Steele told The Daily Caller News Foundation. “They prefer to operate in the shadows and are eager to divert attention from the strong-arm tactics they use in the State House to push through legislation.”

The nonpartisan Congressional Budget Office has found any increase of the minimum wage will likely result in at least some job loss. The higher the increase, the more impact it will have on jobs. The state currently has a minimum wage of $7.50 an hour. Maine AFL-CIO Executive Director Matt Schlobohm denounced the wanted posters as a low political attack.

“They are also the classic LePage playbook of attacking anyone who disagrees with you as a way to hide from your own failed record,” Schlobohm told TheDCNF. “Scratch below the bluster and blunder and you have a Governor who has consistently sided with the wealthy and powerful over working people. Maine people deserve better than Gov. LePage’s divisive and reckless approach.” 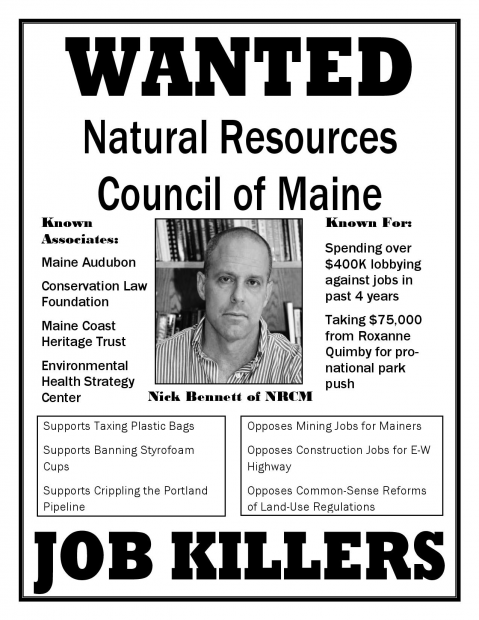 Those in support of raising the minimum wage note the policy could help address income-inequality. It will allow individuals in poverty to afford more basic necessities, which in turn could stimulate economic activity.

“The Maine media refuses to report on the back-door deals these groups make with Maine’s part-time legislators, who are often uneducated on policy, too scared to step out of line or just trying enrich their re-election efforts,” Steele continued. “The posters illustrate which special-interest groups are blocking the Governor’s efforts to move Maine from poverty to prosperity.” 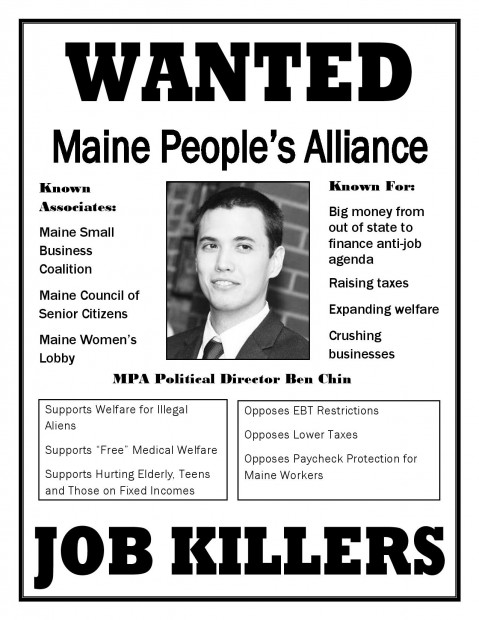 The minimum wage proposal is designed to phase in overtime with the goal is reaching $12 an hour by 2020. It is also designed to automatically increase as the cost of living goes up. Minimum wage measures are often written to phase in to help mitigate financial stress on businesses.

“If you see Gov. LePage,” Maine People’s Alliance Political Engagement Director Ben Chin told The New York Times. “Tell him that I’m more than happy to work around his busy arts-and-crafts schedule if he still wants to debate.”

1
Biden Snaps At Voter: 'Go Vote For Someone Else'
Politics
2
Rand Paul Snaps, Says Trump Should Sue Chuck Schumer For Defamation
Politics
3
Chuck Schumer Says There Will Be No 'Bargaining' In Exchange For Hunter Biden Testimony
Politics
4
Chris Wallace Wonders If Jerry Nadler Would Pay To Have 1998 Clinton Impeachment Video 'Expunged From The Earth'
Politics
5
WaPo Clears Reporter Responsible For Kobe Tweets, 'Regrets' Speaking Publicly About The Situation
Media