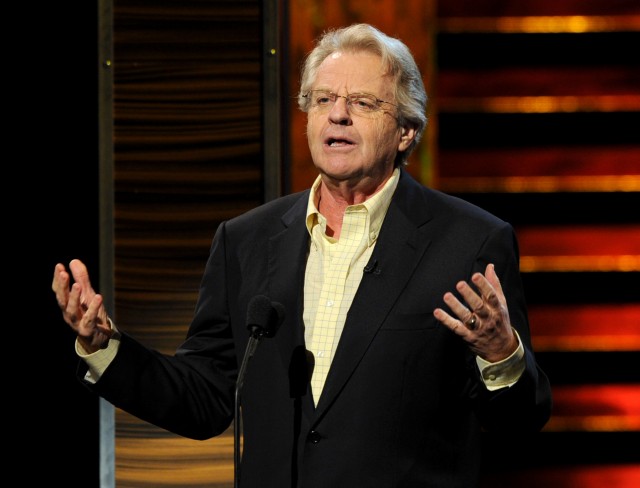 During an interview with MSNBC Tuesday, the 72-year-old talk show host said the Republican front-runner isn’t qualified to run the country. (RELATED: Jon Voight Endorses Trump: ‘He Will Not Let Us Down’)

“You’re gonna run this tape after the election if I’m wrong,” Springer said. “But I’m telling you, there is no conceivable way that America in a general election — there is absolutely no way that Donald Trump becomes president of the United States.”

“America is not gonna vote for that man to have his finger on the button,” he added. “I mean, the television show is over.”

“When you’re talking about president of the United States, the leader of the free world, having to deal with all these other countries, having to get the support of a lot of Islamic nations in fighting terrorism, we can’t have someone like Donald Trump.”