Gilbert Gottfried said Donald Trump is a lot like Adolf Hitler, but “without the warmth.” 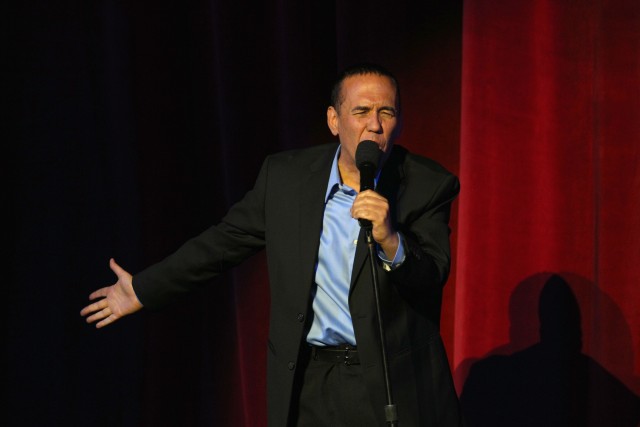 The 61-year-old comedian said there wasn’t much of a difference between the two men when he appeared on a Huffington Post podcast Wednesday. (RELATED: This Huge Country Star Just Revealed The Republican She’s Supporting For President)

“I think of Trump as Hitler without the warmth,” Gottfried said. “I saw recently that he was having the audience take an oath where everyone was raising their hand and I thought, ‘I think I’ve seen this before on The History Channel.'”

“I think nowadays when everyone has gotten overly politically correct, people kind of like someone who is just saying anything,” he said.

“He’ll go out there and say, ‘Let’s drown little, cute puppies!’ And they’ll go, ‘Yeah! Yeah! Let’s drown those damn puppies!’ So they like that.”

“There’s always like comedians, sitcom actors [and] athletes, who announce they’re going to be president and that lasts two weeks and you get a laugh out of it. And I was certain that Trump’s campaign was gonna be one of those guys. And now it’s like some weird movie. It’s like, maybe it started that way, but he could actually be president now.” (RELATED: Jon Voight Endorses Trump: ‘He Will Not Let Us Down’’