Mexico and a few other Latin American and Asian countries now dominate immigration to the U.S., a new chart from the Congressional Research Service illustrates.

Congress opened the door to immigrants from Asia, the Middle East and Latin America in 1965 through an overhaul of immigration law that scrapped a long-standing national origins quota in favor of a system that emphasizes family reunification and skills. Mexico and six or seven countries from those parts of the globe now dominate legal immigration, as the CRS chart obtained by The Daily Caller News Foundation shows.

Before the 1965 law, immigrants from a shifting group of three or four countries made up more than half of all legal permanent residents. Germany, Italy, Russia, Canada and Austria-Hungary dominated immigration in the early part of the century, along with Mexico to a lesser extent. Since the 1965 law, however, Mexico has become the dominant sender, along with seven or eight other mostly Latin American and Asian countries. 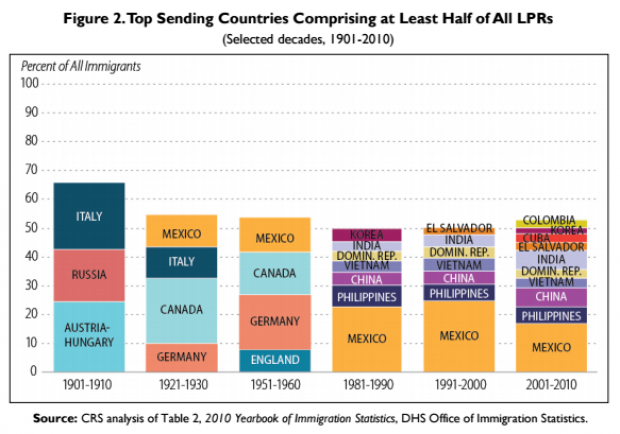 From 1981 to 2010, Mexico dominated immigration to the United States, sending about 20 percent of all legal immigrants on average. Other top senders are the Dominican Republic, El Salvador, Colombia and Cuba in Latin America, as well as the Philippines, India, China, South Korea and Vietnam. (RELATED: 1965 Immigration Law Reshaped Racial, Ethnic Makeup Of United States) 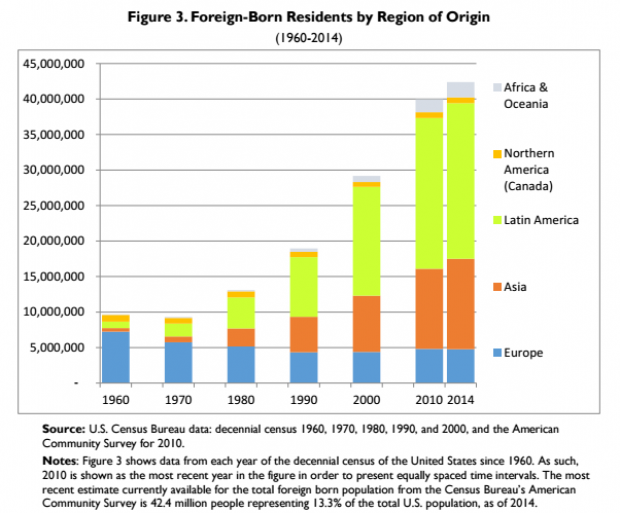