Sanders certainly earned the lavish perk, as he raised more than any campaign in February — $43.5 million, The Morning Consult reports, according to FEC records. 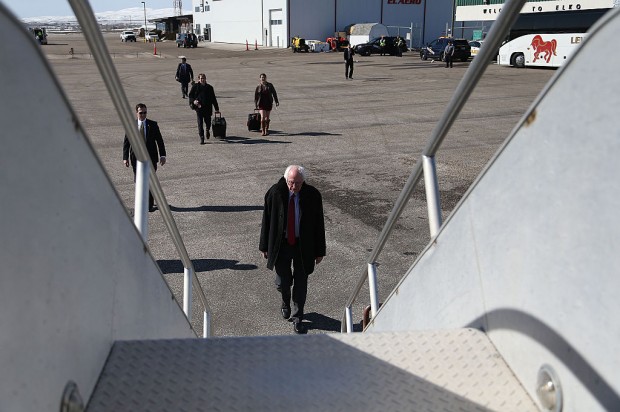 Throughout his campaign, Sanders has made global warming a key theme. He believes it is a great national security threat than ISIS.

According to Greenpeace, “In terms of damage to the climate, flying is 10 times worse than taking the train.”