Sixteen American nuclear reactors are more than 42 years old, according to government data compiled and mapped by The Daily Caller News Foundation.

Energy Information Administration data shows most of America’s aging reactors are on the East Coast, close to major population centers. The average American nuclear reactor is 35 years old, nearly obsolete by modern design standards and near the end of its operating license. Instead of building new more modern reactors, the government is planning to simply extend the operating licenses against the advice of its own technical staff. 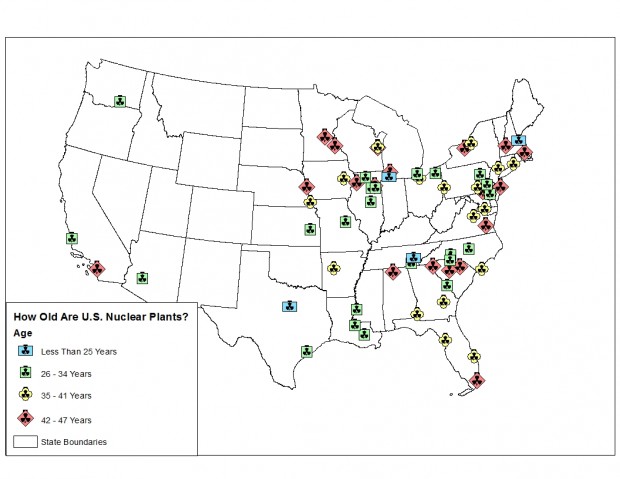 The slow pace of building new nuclear reactors is largely due to strict regulations, according to a Monday article in The New York Times. Getting regulatory approval to build new reactors can take 25 years.

In October, U.S. regulators gave the go-ahead for the country’s first new nuclear reactor in 20 years to begin commercial operations, producing nearly 2,300 megawatts of electricity – enough to power 1.3 million homes. Approval for the construction of this reactor, however, took an incredible 43 years due to scandals, red tape and environmental concerns.

Nuclear energy provides 19 percent of the nation’s electricity, but struggles to compete against heavily subsidized solar and wind power or cheap natural gas.

Of the 59 new nuclear reactors under construction worldwide, only 4 of them are being built in the U.S., just enough to compensate for shutting down older reactors.