Alabama’s sex scandal is rocking the state this week as Gov. Robert Bentley denies having a physical relationship with his top aide, Rebekah Caldwell Mason. He describes the woman and alleged mistress who reportedly destroyed his marriage as his “closest aide.” She doesn’t deny the affair, but nonetheless calls the allegations an example of “gender bias.”

In a recording that was first reported by the Alabama Media Group, Bentley said he enjoys coming up behind Mason and touching her breasts.

To be sure, he is no male model. But her husband, Jon Mason, teaches Sunday School (yeah, no joke), and looks like a decent family man.

In her statement, Mason refers to herself as a “wife” and a “mother.” The couple has three children and the family appears to be kind of happy.

But all that aside, who would you choose?

Take the poll and The Mirror will report back later. 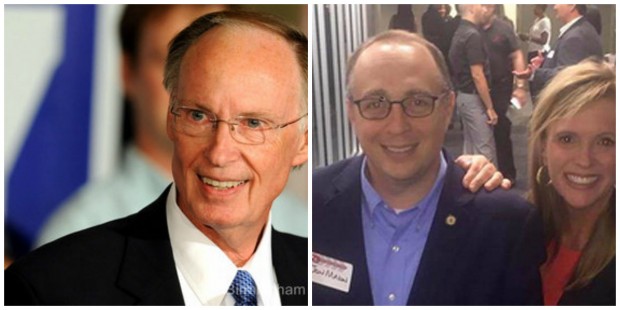