“The Establishment and its Media have been trying to shut me down for years now. No luck! And look at where THEY are now! Panicking! #Winning …The number of death threats I’ve gotten from left-wingers over articles I’ve done is off the charts. They thrive on violent intimidation.”

“OH at my millennial workplace: ‘It’s so hard to take selfies with this big phone!'” — BuzzFeed‘s Matthew Zeitlin.

“I just retweeted praise, which I know is kind of a vulgar thing to do. In this case, I DON’T CARE!” — Mark Harris, Vulture.

“Bernie Sanders is winning if you don’t count all the people who voted for Hillary, argues HuffPo blogger.” — WSJ‘s Byron Tau in reference to this HuffPost piece by author and editor Seth Abramson.

Sonny Bunch: “This isn’t even a ‘he was a bad person!’ dancing on the grave. This is simply a ‘eh, fuck that loser’ tweet.”

(Bernie Sanderes did ultimately win Idaho….but Politico had to correct itself first for jumping the gun.)

“I feel like Trump could do better than ‘Lyin’ Ted.’ It doesn’t even have a good ring to it.” — HuffPost‘s Elise Foley.

Dave Weigel has advice for Donald Trump: SHUT UP

“IMHO it’s idiotic for Trump to discuss the wife stuff at all. If he shut up, conversation would be about Brussels, issue that breaks his way.” — WaPo‘s Dave Weigel.

Sports photog Ed Selby: “@juliemason On a tabloid sleazy level, aren’t you curious about the beans trump is threatening to spill?”

Julie Mason: “I feel like we already know, she had some depression after they moved back to Texas. They’ve talked about it.” 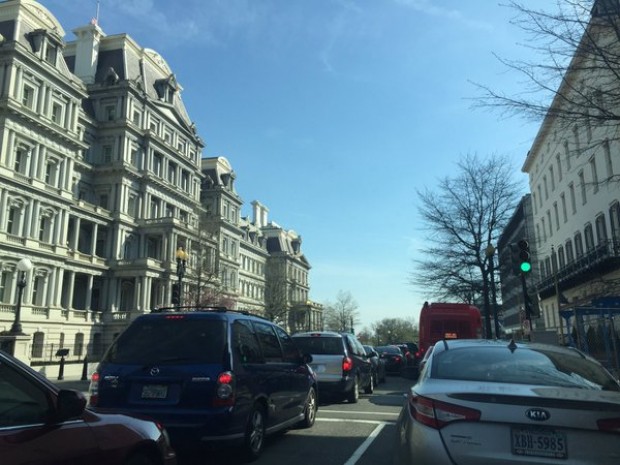 “That time of year when people who actually live in Washington quietly mutter to selves: ‘F***ing cherry blossoms.'” — UK’s The Sunday Times‘ Toby Harnden (with the accompanying photo).