It’s an odd thing about Antonio Weiss, the Department of Treasury official Obama appointed to oversee the Puerto Rico debt crisis, having a Swiss bank account after this same administration ceaselessly railed against such accounts in the campaign against Mitt Romney in ’12. Nevertheless, Weiss has an offshore account according to financial disclosure forms obtained by The Daily Caller News Foundation.

According to these filings, the former Wall Street banker held up to $15,000 in Danish Krones with the Credit Suisse Group, a Switzerland-based financial services holding company. 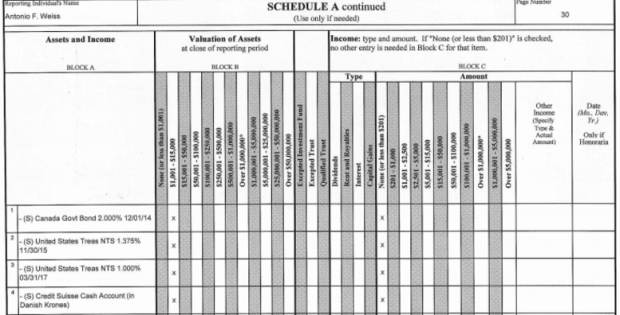 Weiss, who currently serves as the counselor to Department of Treasury Secretary Jack Lew, also held up to $50,000 in Norwegian treasury bonds and Canadian, Australian and New Zealand notes. 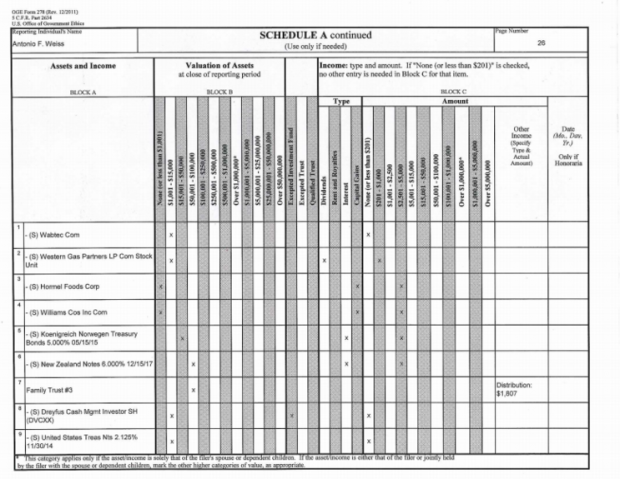 While offshore banking – which often takes place in the Cayman Islands and Switzerland – is not outright illegal, Democrats, including Senate Minority Leader Harry Reid – then-majority leader – made a strong effort to link the accounts with the concept of them being used for tax evasion by the political and financial elite. The commander in chief went as far as creating a campaign ad on the issue during the last presidential election cycle.

Obama seems to have gotten over his distaste for the accounts as he nominated Weiss for the third ranking job at Treasury in 2015 – the nomination was later withdrawn following backlash from liberals like Sen. Elizabeth Warren of Massachusetts, who went after Weiss his time at Lazard.

Weiss testified before Congress in February, calling on lawmakers to pass legislation to allow the island to restructure its debt and put an oversight board in place.

Weiss’ former colleague at Lazard, Jim Millstein, who used to serve as the Treasury Department’s former chief restructuring officer, is expected to make millions off of the territory’s bankruptcy.

As first reported by the New York Post, Millstein’s restructuring-advisory firm, MillCo Advisors, could make up to $52.4 million in contracts it has with the island. According to the Office of the Comptroller, Puerto Rico has around $34 million in contracts with the firm – a number that could skyrocket if they continue to amend and extend their contracts.