Roughly 100 protesters descended on Washington, D.C. Friday for the Nuclear Security Summit seeking to eliminate the world’s nuclear arsenal by protesting world leaders. The protesters represented a coalition of activists groups, including Global Zero –which wants to eliminate every nuclear weapon in the world — and the radical anti-war social justice group Code Pink.

Most of the protesters were college students and some were bused in from as far away as Florida for the occasion. The protestors promptly set up a four-story tall inflatable nuclear missile in the middle of the city.

“Mutually Assured Destruction, how about Mutually Assured Creation,” a young female protester holding a sign affiliated with Code Pink told The Daily Caller News Foundation. “Deterrence isn’t the kind of world I want to live in.”

Code Pink became infamous in 2012 when members of the group dressed up as dancing female genitalia to protest the perceived “War on Women” at the Republican national convention.

The protesters attempted to convince America and the Russia Federation to disarm their nuclear arsenals. They believe if these countries disarm, all other nuclear powers will be forced by their own populations to disarm as well. The protestors totally rejected the idea of mutually assured destruction or deterrence.

“Deterrence is a myth, an outdated philosophy of the Cold War,” Meredith Horowski, a spokesperson for Global Zero, told TheDCNF. “If the U.S. and Russia cut back their arsenals, others will follow.”

Every member of both Code Pink and Global Zero TheDCNF talked to at the protest disagreed with most international relations experts that the threat of using nuclear weapons prevents wars between countries with nukes.

Global Zero’s official policy is to convince the world to eliminate more than 17,000 nuclear weapons in nine countries. The organization believes the world’s nuclear arsenals will cost $1 trillion to maintain and upgrade over the next decade, and the money could be better spent on education, healthcare, public safety and other essential services.

“Our ozone layer is depleting at rates we’ve never seen before, we could find better uses for the $1 trillion,” Emily Vulgamore, a speaker for Global Zero and biology student at the University of New Hampshire, told The DCNF. “If people care, they’ll do something about this.”

Other members of Global Zero were worried about the security of nuclear arsenals, saying the sheer number of nuclear weapons makes it impossible for the world’s governments to secure them from theft, accidents or even cyber attacks. They claim this week’s Nuclear Security Summit, which seeks to prevent nuclear terrorism by increasing security of nukes, doesn’t go far enough and that getting rid of the weapons is the only solution.

“Nuclear weapons are incredibly vulnerable to cyber attacks,” Sarah Brasil, a student member of Global Zero from Florida, told The DCNF. “They are a huge threat.”

The activists went on at great length about the dangers of nuclear weapons and talked about the potential ecological damage even a limited nuclear exchange could cause.

“If you use even a single nuke, it kills us all instantly,” Gabriel Fresca, a member of Global Zero, told The DCNF.

In human history, nuclear weapons have only been used in anger twice at the end of World War II. There has been an estimated 2,054 nuclear tests in history, according to the Arms Control Association. 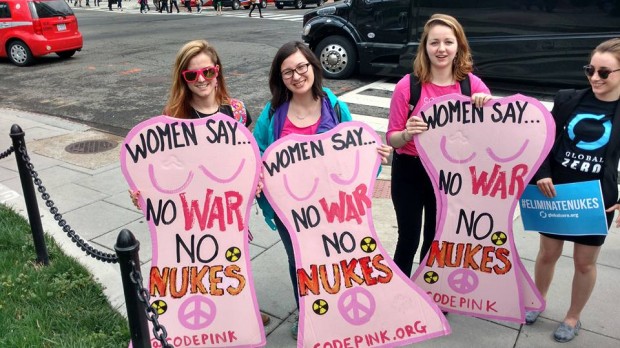 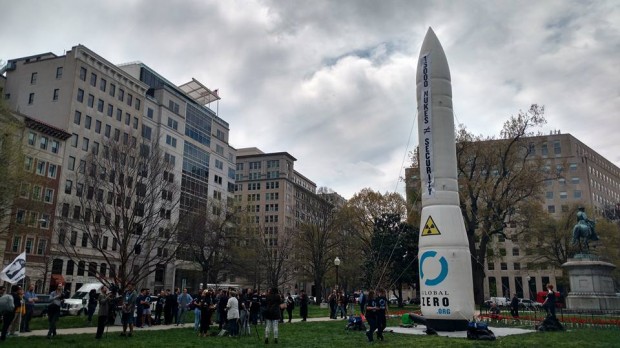 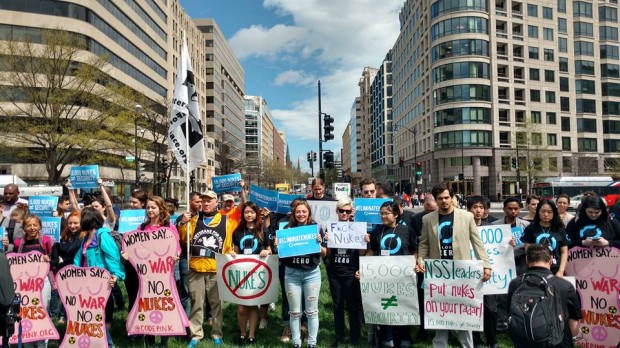