Union membership is often touted by Democrats as the key to growing the middle class, but working in union leadership, it appears, is the key to joining the wealthy elite. Watchdog.org released a list of the highest paid union leaders and found, excluding professional sports unions, 448 employees of labor unions were paid more than a quarter of a million dollars in 2015.

The list was compiled with annual data released by the Department of Labor.

“About half of SEIU’s members and nearly all AFT, NEA, and AFSCME members are public employees,” according to Watchdog. “Public employee union bosses are paid with dues taken from teachers and other government workers whose pay is, in turn, taken from taxpayers.”

Here is the list of the 100 highest paid union officials: 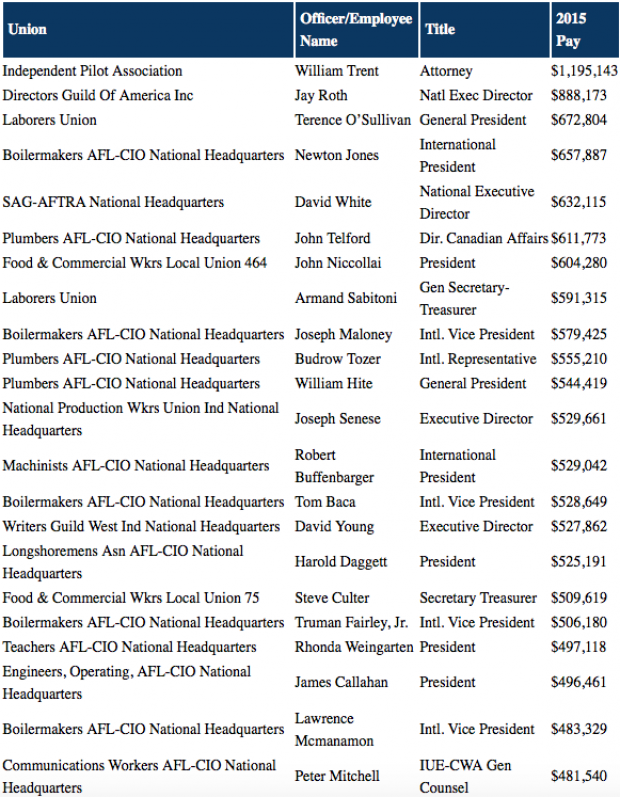 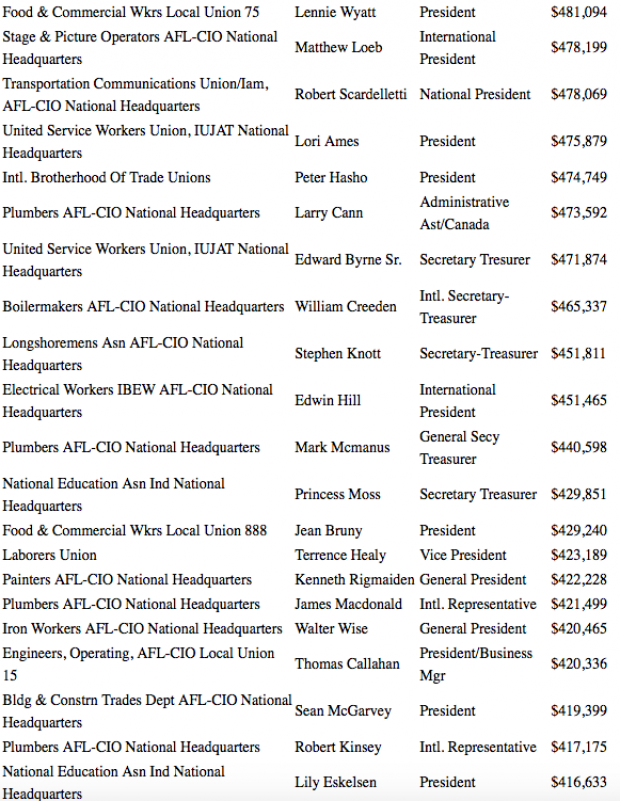 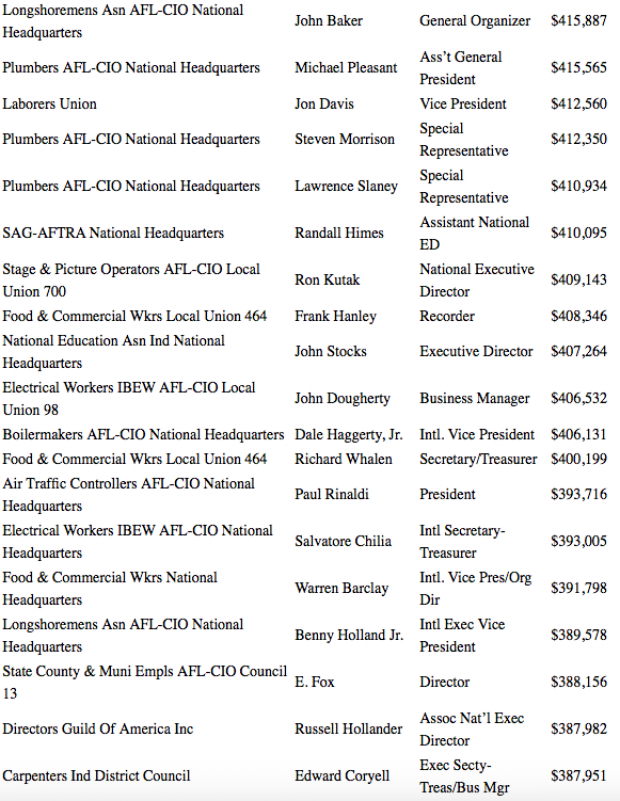 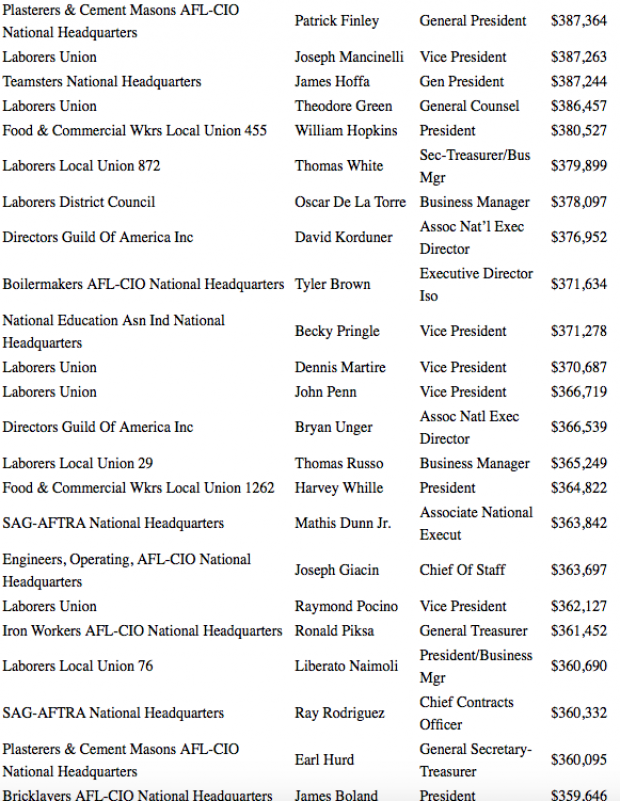 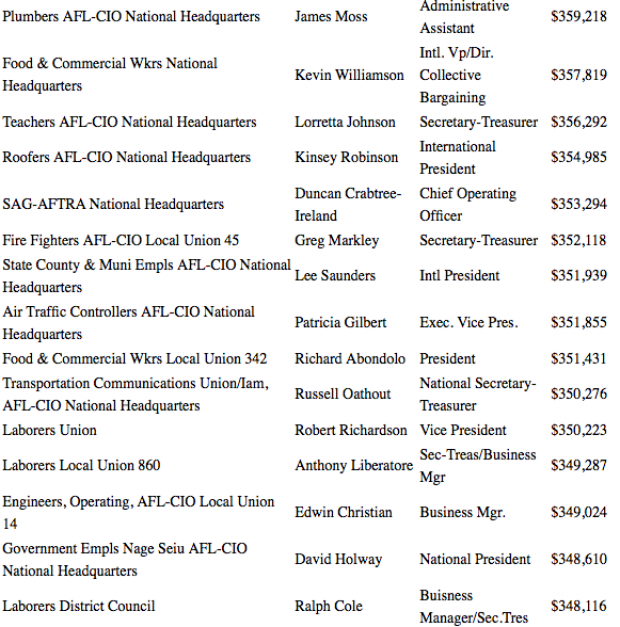