Republican front-runner Donald Trump tweeted out a fan made video about what a Trump presidency will look like.

The video titled “Trump Effect” makes it very clear that there will be plenty of winning in a Trump administration. The video has plenty of bald eagles, fireworks and any other form of patriotism you can imagine as Martin Sheen narrates. (SLIDESHOW: Here Are The White Nationalists And Black Athletes Who Support Donald Trump)

Perhaps the best part of the video is Donald Trump being quoted on the fact that there will be no more oreos. 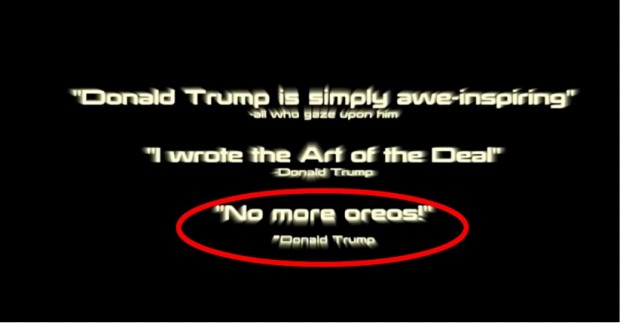