Justin Timberlake made a joke about Donald Trump Sunday night that had everyone talking. 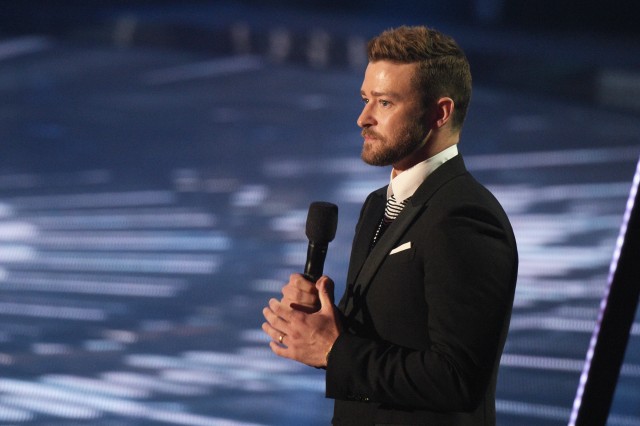 During a tribute to Taylor Swift at the iHeartRadio Music Awards, the 35-year-old singer laughed about the Republican front-runner’s stance on immigration.

“Some people are out here to build walls,” Timberlake said. “We ain’t naming no names. That was a political joke.”

When the largely underage audience began to laugh, Timberlake said, “Shut up! You can’t even vote. I’m kidding. Taylor chooses to knock down walls and invite everyone to be on her squad.”

Justin Timberlake just made a Donald Trump joke. I can go to bed satisfied now. Still a little upset with #TWDFinale #iHeartRadioMusicAwards

JUSTIN TIMBERLAKE JUST ROASTED TRUMP ON LIVE TV. EXCUSE ME AS I CHOKE ON MY WATER