Merle Haggard passed away at his California home Wednesday morning after a battle with double pneumonia. The country music legend had just turned 79. 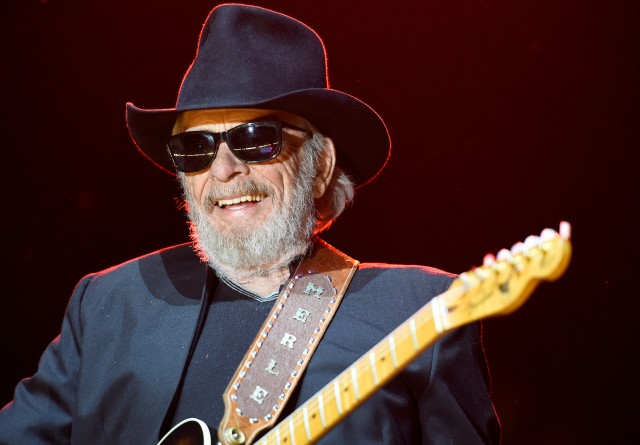 Stars were shocked by his death.

“Mighty” Merle Haggard was the greatest country songwriter of ALL TIME. We shared many great memories, and I will miss him. #merlehaggard

Hard to believe the news about Merle Haggard. Working with him is something I’ll never forget & will cherish forever pic.twitter.com/XsgqYvbtD5

We lost one of the best today. Rest in peace Merle Haggard…. You will be missed pic.twitter.com/672bX7VSEy

My heart is absolutely broken in two at the news of the loss of Merle Haggard. We keep losing all of the good ones. What a sad, sad day…

Rest in peace, Hag. One of a kind, and the definition of legend. pic.twitter.com/aUGX22Avna

There are no words to describe the loss & sorrow felt within all of music with the passing of Merle Haggard. Thank God for his life & songs.

extremely sad to hear of the passing of one of the greatest of all time Mr. Merle Haggard… https://t.co/hmAlAdA8pl pic.twitter.com/s9VhxkXz57

Merle Haggard was the best country songwriter there ever was.

Love and prayers for the Haggard family. Merle was a pioneer…a true entertainer…a legend. There will never be another like him.

Sad day today @merlehaggard has passed. RIP to a true songwriter, a pioneer of California Country, and country music.