The Federal Reserve minutes were released at 2:00 p.m. today. It was revealed that during the FOMC meeting in March, several members maintained a cautious approach for raising rates is prudent. They said that raising Federal Reserve interest rates as soon as April would signal a sense of urgency they did not think was appropriate. 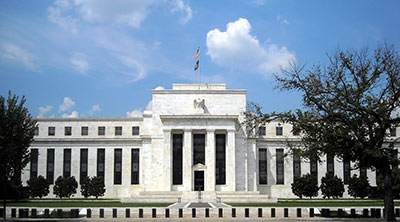 In contrast, some other Fed participants indicated a rate hike at the committee’s next meeting (April 26-27) might be warranted. They think the Fed should raise rates if incoming economic data remains consistent with their expectations for moderate growth in output. They also said a strengthening labor market and inflation rising to 2% would be cause for a rate hike.

Other key highlights from the minutes included:

Now investors are starting to focus on the next FOMC meeting in April to see if there will be any change in Federal Reserve interest rates. Here’s what investors need to know now…

What’s Next for the Federal Reserve Interest Rates in 2016

Last week, Yellen said a slower pace of tightening was justified due to global uncertainty. She added that she wasn’t convinced recent price increases were a sure sign of improved economic activity. Markets interpreted that to be even more dovish than what they took away from Yellen’s press conference and the Fed statement in March.

Because of last month’s meeting, markets have low expectations for a rate hike this year. But hawkish words in today’s minutes from some Fed officials who said the Fed could raise rates as early as April have left investors confused and on edge.

San Francisco Fed President John Williams and Atlanta Fed President Dennis Lockhart recently said they are prepared for a rate hike this month. And Boston Fed President Eric Rosengren said the market is wrong to say one hike or no hikes this year.

Markets were broadly higher before the minutes were released and slipped moderately after the release. If the hawkish tone persists in the coming month, expect the markets to remain jittery.

The Essential Guide to Buying Gold and Silver: Precious metal investing is widely regarded as the best “crisis insurance” for your portfolio. This guide gives you everything you need to know about the best stores of value in history, gold and silver. Read more…