During “Morning Joe” on MSNBC, the panel was discussing Republican National Committee convention Rules Committee member Randy Evans’ revelation that if Donald Trump were to only get 1,100 delegates instead of 1,237, he would become the nominee.

Panelist and NBC News correspondent Luke Russert said, “If you’re a Ted Cruz person and you heard that on the air saying 1,100 is the new 1,237, you’re going to go up and scream and yell and say the process is just as flawed as Donald Trump has said it is.”

Allen then commented, “Yeah, and we’ve seen this week Cruz has, like, a very important new enemy and that is Matt Drudge, like on the Drudge Report.” 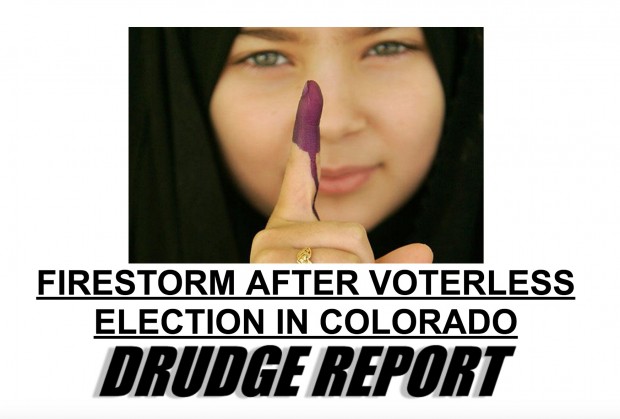 Recent headlines on the Drudge Report brought attention to how Cruz received all of the delegates in Colorado over Trump. For the 2016 election, the Colorado Republican party scrapped a traditional primary in favor of a district-by-district process and a state convention. (RELATED: ‘Totally Unfair!’ — Trump Says Colorado Vote Was Hijacked By ‘Phony Politicians’)