A donor who was at Hillary Clinton’s fundraiser has confirmed reports that she was using a static noise machine to prevent outsiders from listening in. 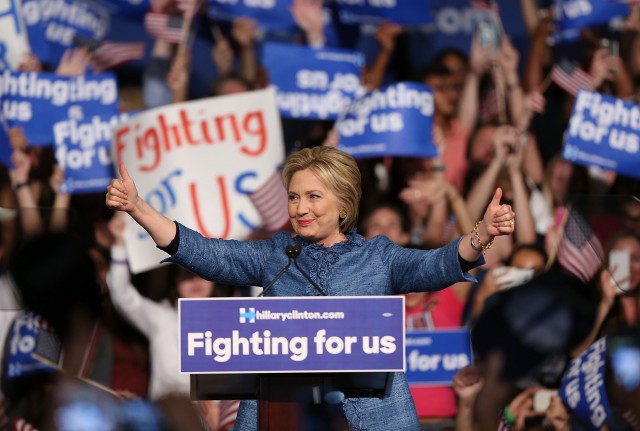 The Democratic front-runner held an event at the Colorado governor’s home last Thursday when a local journalist reported that she was using a hidden static noise machine. On Thursday, an anonymous Clinton donor confirmed to Gawker that she was. (RELATED: Hillary Tells Celebrities She Could Beat Trump ‘In A Landslide’)

Guess @HillaryClinton campaign dsn't want reporters to hear fundraiser speech. Turned on a static noise machine pointed at us when she spoke

“I can confirm without any doubt that there was a white noise machine set up on the perimeter to prevent the public and reporters from hearing what Hillary Clinton said,” the donor told Gawker.

He said the machines were hidden in the bushes.

“They were big stereo speakers, like the kind people had in their houses in the Seventies,” he continued. “They were connected to a box about the size of a toaster, with the three speakers placed around the perimeter of the yard. They were in the bushes—literally in the hedges.” (RELATED: This Actor Just Called Hillary Clinton A ‘Bitter Old Grandma’)

“I had no consciousness of [the speakers in the hedges] when I was actually in the fundraiser,” he added.

The donor said he saw the speakers when he was leaving the event while Clinton was still speaking.

“It seemed to underscore the exclusivity of the event. I thought it was really surprising. I saw it as more of a climate of control — of being fearful that something might slip out.” (RELATED: Caitlyn Jenner Embraces Hillary Clinton Days After Heavily Criticizing Her)