John Kasich ate his pizza with a fork because “it was too hot.” 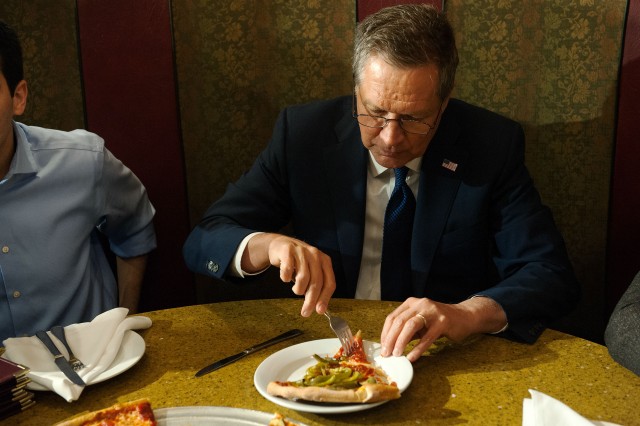 In March, the Republican candidate caught a lot of flak after he used a fork to eat a slice of pizza while he was campaigning in New York. During an interview with Seth Meyers Thursday night, Kasich defended what he did.

“You heard about the pizza, right?” Kasich asked. “God, it was so hot, and I made a terrible mistake — I picked up a fork.”

1
New York Times Writer Claims Property Destruction Is 'Not Violence'
Politics
2
Philadelphia Gun Shop Owner Shoots, Kills Looter Who Broke Into Store With Group
US
3
STONE: Now That I'm Ungagged, I'd Like To Say A Few Things About My Prosecution
Opinion
4
'Mommy And Daddy' Escort 'Antifa Kid' Suspected Of Kicking Off Riot To Turn Himself In
US
5
'If I Didn't Have A Primary I Wouldn't Care': Dem Congressman Caught On Hot Mic At Press Conference
Politics