The Russian people know exactly who they want leading the U.S.: Donald Trump.

YouGov research surveying more than 20,000 adults in every G-20 country shows Russia is the only place where Trump is the preferred presidential candidate over former Secretary of State Hillary Clinton.

The Russian people’s affection for Trump and disdain for Clinton is so large that he leads by 21 percentage points. Trump has spoken warmly of President Vladimir Putin, who is still wildly popular among the Russian people.

“He’s running his country and at least he’s a leader, unlike what we have in this country,” Trump said December 18 on MSNBC. “I think our country does plenty of killing also.” 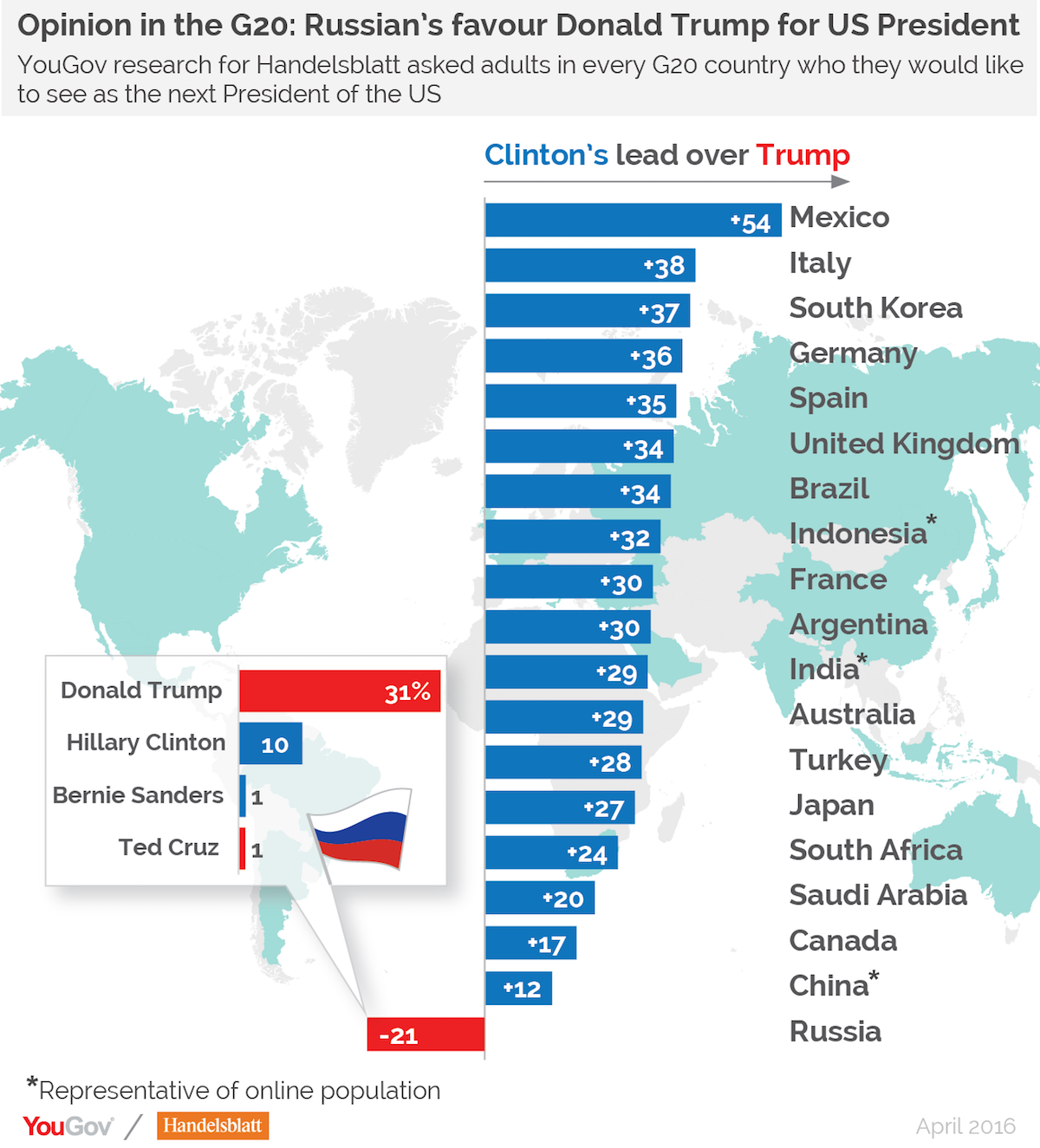 Putin has been just as complimentary about Trump, calling him “bright and talented.” The Russian people appear to be in lock-step with their president despite terrible economic conditions.

“There is no evidence Russians blame Vladimir Putin for their poor economic outlook, however – and when asked which major world leader they trust most a near-unanimous 74 percent choose their President. The Dalai Lama comes second with 22 percent,” said YouGov’s Will Dahlgreen.

“They also rank as the fourth most optimistic country for expecting their children to be better off. Their low present economic satisfaction reconciles easily with the promise of a better future – and countries with high present satisfaction are more pessimistic about the future – but their optimism may also indicate faith in the leadership to weather the storm.”

Clinton beats the billionaire property developer by more than 20 points in 15 of the other G-20 countries polled. The most intense opposition to Trump’s candidacy came from Mexico, with 54 percent saying they would rather have Clinton in the White House.

Trump has repeatedly called for a wall to be built on America’s southern border to stymie the tide of illegal immigration into the US.