Abdelkader, who has a reputation as being one of the most violent men in professional hockey, refused to take Boyle’s bait due to an injury as tempers flared at the end of the Red Wings victory. Boyle responded by calling the Red Wings forward a chicken. (SLIDESHOW: This Gorgeous Olympian Loves To Show Off Lots Of Skin)

Abdelkader opted out because his hand hurt pic.twitter.com/iTzIPjWtOB

Abdelkader could have gotten suspended if he fought Boyle with a taped hand FYI pic.twitter.com/jnyS8XsfdP

Boyle must have a short memory because only a couple days earlier Abdelkader messed up Lightning teammate Michael Blunden to the point it looked like Blunden had been hit in the face with a baseball bat. (SLIDESHOW: Prepare For The NHL Playoffs With A Hot Blonde Bombshell NHL Wife)

Probably not very smart to call a man with a passion for bashing people’s faces a chicken. 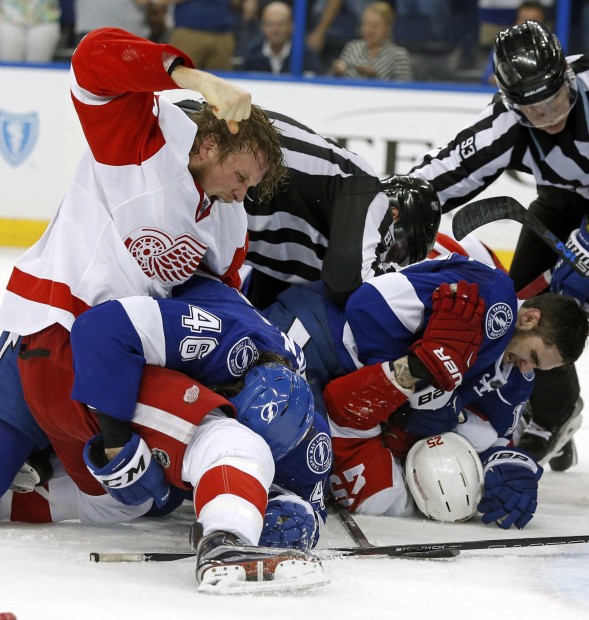 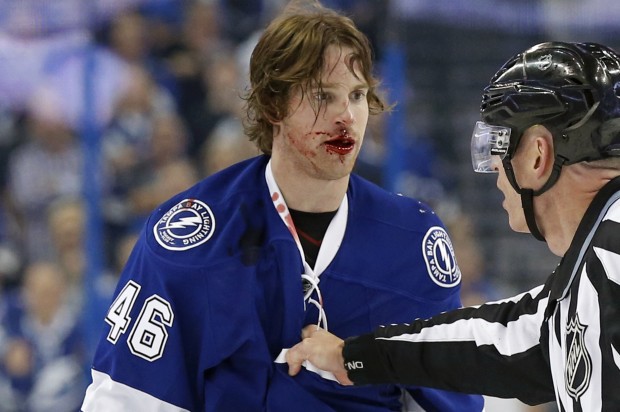 The Red Wings and the Lightning will face off tomorrow night so this dispute is almost certainly going to blow up again.