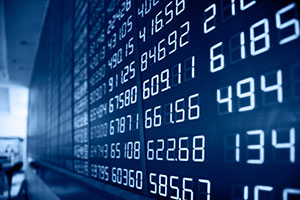 The collapse of the Doha oil talks couldn’t hold back the Dow Jones Industrial Average today. Traders found support from news of a strike by Kuwaiti oil workers that will reduce the nation’s oil output by more than 50%. But we know that this strike won’t be short-lived given the importance of crude supplies to Middle Eastern economies.

Despite a downturn in the tech sector Tuesday, the Dow rallied on the back of rising crude oil prices. WTI crude increased by 3.1% on the day, while Brent crude added 2.5%.

The Shocking Forecast for Oil Prices in 2016: Crude oil prices plunged in 2015, but our forecast points to a turnaround this year that will send the price of oil higher.  Read more…

Expectations for Goldman were so low that just the fact that they beat earnings helped push up shares of Bank of America Corp. (NYSE: BAC), JP Morgan Chase & Co. (NYSE: JPM), Morgan Stanley (NYSE: MS), and Wells Fargo Co. (NYSE: WFC), all of which increased by more than 1%.

Merger and acquisition activity hasn’t dried up for these banks. According to Reuters, Bass Pro Shops – which is privately held – is working with the private-equity division of Goldman Sachs to make a play for hunting and fishing retail giant Cabela’s Inc. (NYSE: CAB). Shares of CAB added more than 7% on the news.

Corporate defaults are happening at the fastest pace since 2009. Energy firms continue to collapse, with the latest today being Seventy Seven Energy Inc. (NYSE: SSE). Shares fell 77% on the news that the firm plans to file for Chapter 11 bankruptcy next month. In a preplanned bankruptcy deal, the firm plans to turn $1.1 billion in debt into equity and operate as normal.

But the big story today dealt with the Affordable Care Act. UnitedHealth Group Inc. (NYSE: UNH) shares added 2% after the company beat earnings expectations and increased its forward guidance for its first quarter. However, the company announced plans to leave numerous Obamacare exchanges and only remain in a handful of states. The news will only accelerate the death spiral for Obamacare. On the economic front, UnitedHealth announced that it expects to lose $650 million this year on its exchange business. That’s up from its $475 million loss in 2015.