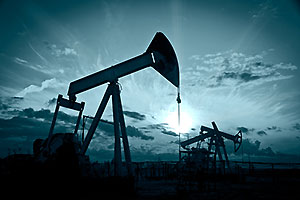 On Wednesday, Kuwaiti oil workers called off their strike and pushed output back toward normal levels. WTI crude oil prices fell by 1.9%, while Brent crude was off 1.3%.

The end of this strike is significant because Kuwait’s production had declined by more than 50% from March levels. But as we explained earlier this week, Kuwait relies significantly on oil revenues in order to fund its social budgets.

In the wake of the failure at Doha to get a production freeze deal completed, concerns about oversupply are again rattling traders. That’s especially true in the United States as the Energy Information Administration prepares to announce weekly crude inventory levels.

The announcement will have a greater impact on WTI crude prices than Brent. Preliminary data from the American Petroleum Institute show that the American oil inventory levels increased far more than expected last week. But that’s not all you need to know about what could easily be the wildest trading session of the week.

Dow Jones futures projected a 6-point gain after the markets absorbed a hotly contested New York Primary and oil prices slumped on news that the Kuwait oil workers have ended their multi-day strike.

Here’s a breakdown of why the Dow is pushing higher this morning.