Valeant Pharmaceuticals International Ltd. (NYSE: VRX) has been on a tear and is up 26.8% in April. Last week one prominent analyst even called for it to double.

But the more I look at VRX, the more convinced I become that the company is a likely bankruptcy candidate.

We are still awaiting the filing of the company’s year-end financials, but the most recent information available shows a balance sheet with enormous amounts of debt, goodwill, and intangible assets. The value of the company’s businesses as well as its cash flows are likely insufficient to overcome a balance sheet that is nothing short of a horror story.

This company is functionally insolvent from a balance sheet perspective. It has cash flow but not nearly enough to repay its $30 billion debt. I think we are looking at a bankruptcy… very soon.

Here’s why. And here’s how to profit.

Great Expectations – but No Real Value 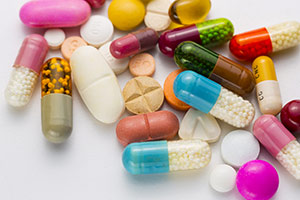 A careful reading of VRX’s financial disclosures reveals that the company’s financial statements are more fiction than fact and rely to a troubling extent on management assumptions and projections that are highly uncertain.  Management’s track record of incomplete disclosures gives little reason for investors to have one whit of confidence in their numbers.

The company carries over $17 billion of goodwill on its balance sheet.  The goodwill was incurred in a series of M&A deals that were cheered on by investors but loaded the company with over $30 billion of debt (as of Sept. 30, 2015). In VRX’s own words, goodwill represents “the difference between the acquisition date fair value of the consideration transferred and the values assigned to the assets acquired and liabilities assumed” – or the excess of what VRX paid over the book value of the assets it acquired. But it is not as simple as that.  The goodwill figures are really just estimates made by management of what the future may hold.

For example, with respect to VRX’s acquisition of Salix Pharmaceuticals for $173 per share or $14.5 billion in 2015, goodwill represents “the Company’s expectation to develop and market new product brands, product lines and technology; cost savings and operating synergies expected to result from combining the operations of Salix with those of the Company; the value of the continuing operations of Salix’s existing business (that is, the higher rate of return on the assembled assets versus if the Company had acquired all of the net assets separately); and intangible assets that do not qualify for separate recognition (for instance, Salix’s assembled workforce).”

In other words, these goodwill figures aren’t actual, verifiable numbers – they are made-up numbers based on the assumptions of a management team that was given unprecedented incentives to inflate the company’s financial condition. Soon-to-be former CEO J. Michael Pearson’s compensation, as well as the pay of the rest of his management team, was primarily based on pumping up the company’s stock price regardless of the underlying condition of the business.  As investors have learned at huge expense – and as the company has admitted publicly – these incentives led to questionable behavior at the top.  Much of the value of the company on which management was paid is illusory because it consists of goodwill and intangible assets values derived from management assumptions.  No doubt we will soon hear how the company needs to lower the strike price on managements’ stock options now that the stock has fallen by nearly 90%. But rather than rewards, management deserves to be fitted with pinstripes for fudging the numbers.

If you read the footnotes in the company’s financial statements, you see that these balance sheet figures are not only little more than estimates based on management’s judgment, but are also subject to further adjustment. The company states that it will “finalize these amounts as it obtains the information necessary to complete the measurement process. Any changes resulting from facts and circumstances that existed as of the acquisition dates may result in retrospective adjustments to the provisional amounts recognized at the acquisition dates. These changes could be significant. The Company will finalize these amounts no later than one year from the respective acquisition dates.” Are they **** kidding?

In summary, the company’s financial statements are highly unreliable and subject to change. For example, the company’s 3Q15 Form 10Q states: “the allocations of the goodwill balances associated with the Salix Acquisition and certain other acquisitions are provisional and subject to the completion of the valuation of the assets acquired and liabilities assumed.” What are they waiting for? And does anybody reasonably believe that these valuations have increased since last year in view of the company’s difficulties? No way!

The company itself reports the huge amount of amortization expense that the company will be eating over the next few years (while also stating that “[e]stimated amortization expense … does not include potential future impairments of finite-lived intangible assets” (which means that these figures are understated): $2.5 billion in 2016, $2.5 billion in 2017, $2.35 billion in 2018, and $2.2 billion in 2019. These amounts reduce earnings and are not tax deductible. I would wager a large sum of money that these figures will increase significantly because the company is likely to be compelled to accelerate write-offs as it becomes increasingly clear that it overpaid for the companies it acquired. Remember – they were making acquisitions in an extremely expensive stock market.

If you adjust the company’s balance sheet for goodwill and intangible assets, you can see the problem. Leaving aside intangible assets for a moment, just subtracting goodwill from VRX’s Sept. 30, 2015, book value of $6.5 billion leaves you a company with negative tangible net worth of -$10.9 billion. If we haircut intangible assets by 50%, the company’s negative tangible net worth drops to -$22.0 billion. A 50% haircut is a reasonable assumption if you consider that prospective purchasers of the company’s assets are well aware that the company is a forced seller and are going to drive a very hard bargain. Coupled with $30.2 billion of debt at Sept. 30, 2015 (it is slightly higher today), this is the balance sheet of a financially troubled company.

Equity analysts rarely pay attention to balance sheets, which is one reason why almost two dozen Wall Street analysts missed what was happening at VRX. Even now, these analysts are pulling their punches and ignoring the company’s poor financial condition because their employers want to get the business of selling off VRX’s pieces. The balance sheet alone should have been enough to squelch the enthusiasm that drove the company’s stock price to a ridiculous $263 per share last year. Instead, Wall Street whored itself to a company that paid hundreds of millions of dollars in fees and ended up missing the story.

Last week, VRX reportedly called in investment banks to start figuring out how to sell off pieces and try to save itself. These are the same investment banks who helped it overpay to buy other companies with tens of billions of debt. Perhaps it is only fitting to allow the foxes to rip apart the henhouse one last time.

The only chance Valeant has now is if it can sell its businesses and assets at a high valuation. In other words, this is a company that is totally dependent on markets not falling apart but continuing to rally in the face of serious headwinds – and you know what I think of that possibility.

Long investors should avoid this mess at all costs. For short investors, I believe there’s another round of big profits here for the taking. You want to look for a low-risk way to play it because VRX may not collapse right away; after all, it has enough cash flow to keep paying interest (or so it says).

I recommend buying long-dated puts on VRX at a single-digit strike price. I’m looking at the following options. On both of these, volume is very low, so be careful to put a limit order on your bid as opposed to a market order.

Editor’s Note: As you navigate 2016’s volatile market situation, your most valuable asset may be Michael Lewitt’s free Sure Money service. In Sure Money, Michael helps you see what’s going up, what’s going down, and how to profit. Sign up now by clicking here, and you’ll get instant access to all of Michael’s investing tips, recommendations, and specific instructions, including his exclusive “Super Crash Report.”