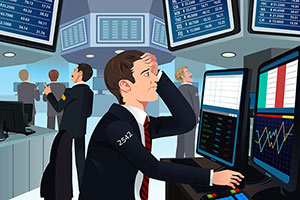 However, the European stocks turned lower as investors prepared for another major meeting by the European Central Bank. Reports indicate that the ECB is not set to bolster any monetary policy efforts after announcing a larger stimulus package in March.

Mario Draghi will likely defend the central bank’s decision to shift to negative interest rates after significant criticism from officials across the continent.

Dow Jones futures projected a 30-point gain ahead of a very busy day of earnings reports that includes multiple Blue-chip companies and several of the Nasdaq’s top technology firms.

Here’s a breakdown of why the Dow is climbing higher this morning.