Bernie Sanders declined to comment when he was asked about one of his high profile supporters mentioning Monica Lewinsky during a rally.

During a rally in Delaware, Rosario Dawson — who was recently arrested during a protest on Capitol Hill — brought up the White House intern that Bill Clinton had an affair with. (RELATED: Rosario Dawson, Who Supports Bernie Sanders, Was Just Arrested On Capitol Hill) 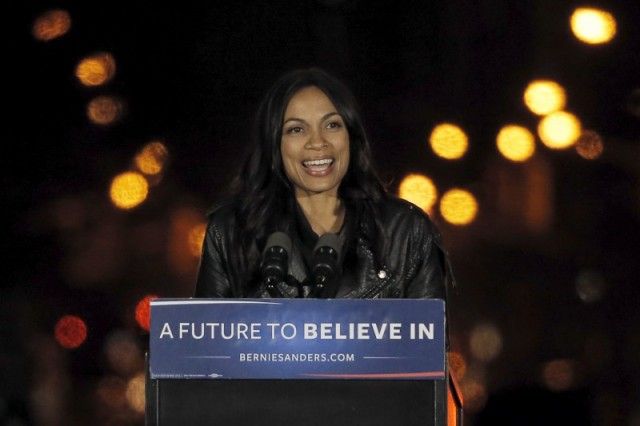 “We are literally under attack for not just supporting the other candidate,” Dawson said. “Now I’m with Monica Lewinsky with this: Bullying is bad.”

During CNN’s “State of the Union” Sunday morning, Sanders was asked about the personal attacks his campaign has made against Hillary Clinton.

“Do you think it’s appropriate for one of your surrogates to be talking about Monica Lewinsky on the campaign trail?” Jake Tapper asked Sanders.

“Rosario is a great actress and she’s done a great job for us,” Sanders said. “And she’s been a passionate fighter to see that we increase the voter turnout, that we fight for racial, economic, environmental justice.” (RELATED: Hillary Clinton Tells Black Radio Host She Carries Hot Sauce In Her Purse)

“What our job right now is to contrast our views compared to Secretary Clinton. That’s what a campaign is about.”