The Washington Post earned a banner link Tuesday on the Drudge Report for covering other news sites getting “Drudged” for stories about Hillary Clinton’s “public coughing fits.” 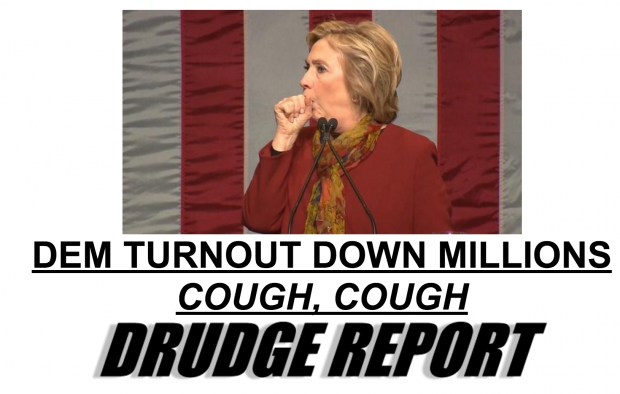 “This is about suggesting that Clinton might be physically unfit to be commander-in-chief,” the Post writer posited. “And no one has pushed this idea harder than Matt Drudge, the news aggregator extraordinaire whose highly trafficked Drudge Report website seems to favor Donald Trump.”

It’s a smart move by the elderly paper, whose coverage has become substantially more nimble under the direction of Amazon founder and now-Post owner Jeff Bezos.

Traffic to the Post’s website has reportedly exploded in the Bezos era, which the Wall Street Journal says “coincided with an aggressive digital approach inspired by Mr. Bezos’ mandate to experiment.”

Apparently, writing stories about Drudge is a good way to get Drudged.