According to a poll released Thursday by the Pew Research Center, the Republican party’s unfavorable numbers have hit their highest point since 1992.

Currently, 62 percent of the American public views the GOP unfavorably, a four point jump from October 2015.

Conversely, while the Democratic party is still viewed unfavorably by 50 percent of the country, that number has not changed since last fall. 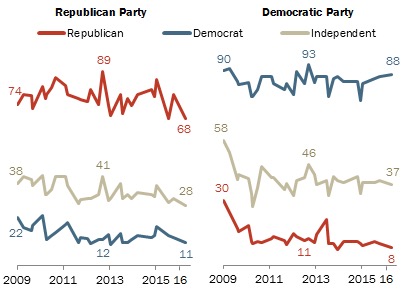 Additionally, only 28 percent of independent voters view the Republican party favorably, while 37 percent look favorably on the Democratic party. 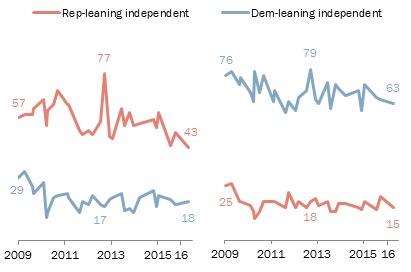 Pew collected the data used in the poll from April 12-19.

The 2,008 national participants were surveyed by phone.