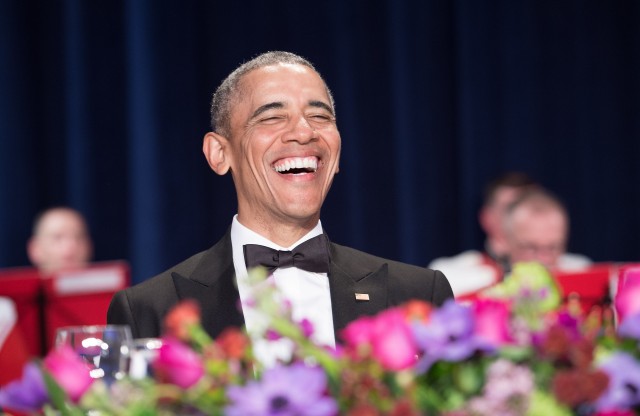 As he took the stage for the last time at the annual dinner, the president roasted the Republican front-runner in front of a crowd filled with celebrities and journalists.

“You know I’ve got to talk about Trump!” Obama said as he neared the end of his speech. “We weren’t just going to stop there. Come on.” (RELATED: What Rosie O’Donnell Just Said Will Have Donald Trump Fans Fuming)

Obama said he was hurt Trump didn’t attend because the two “had so much fun the last time.”

“Is this dinner too tacky for the Donald? What could he possibly be doing instead? At home, eating a Trump steak? Tweeting out insults to Angela Merkel?”

“I don’t want to spend too much time on the Donald, following your lead,” he told the journalists. “I want to show some restraint. Because I think we can all agree that from the start, he’s gotten the appropriate amount of coverage befitting the seriousness of his candidacy. I hope you’re happy.” 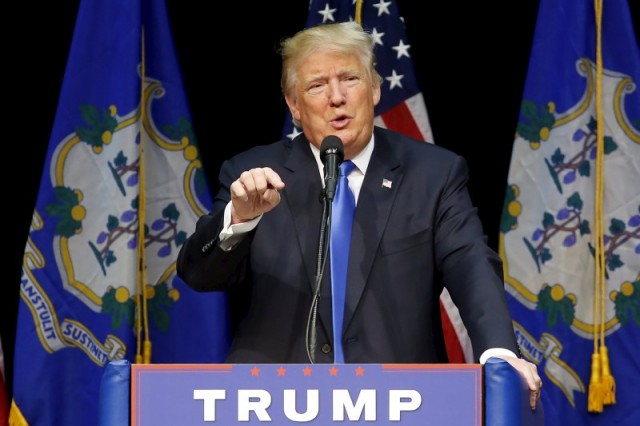 The “last time” Obama was referring to in his speech was the 2011 WHCD — when Obama went off on Trump for questioning where he was born.

“I know that he’s taken some flack lately—no one is prouder to put this birth-certificate matter to rest than the Donald,” Obama said at the time.

“And that’s because he can finally get back to the issues that matter, like: did we fake the moon landing? What really happened in Roswell? And—where are Biggie and Tupac? We all know about your credentials and breadth of experience.”

Trump was present at the 2011 dinner. (RELATED: Donald Trump Won’t Like What This ‘Real Housewife’ Just Said About Him)