Cate Dyer founded a fetal tissue procurement company in 2010 with $10,000, hoping to contract with abortion clinics to purchase their aborted fetuses and distribute the parts to medical researchers. Six years later, she had successfully partnered with more than 250 clinics to bring in millions of dollars of revenue.

Two charts released by the House Select Investigative Panel on Infant Lives illustrate the explosive growth of Dyer’s for profit company. The panel is investigating the fetal tissue industry after a series of videos released last year exposed Planned Parenthood’s dealings in fetal parts with buyers such as StemExpress.

The first chart shows the number of abortion clinics StemExpress worked with to secure the parts of aborted fetuses. (RELATED: Here’s What A Typical Day Of Fetal Harvesting Looks Like) 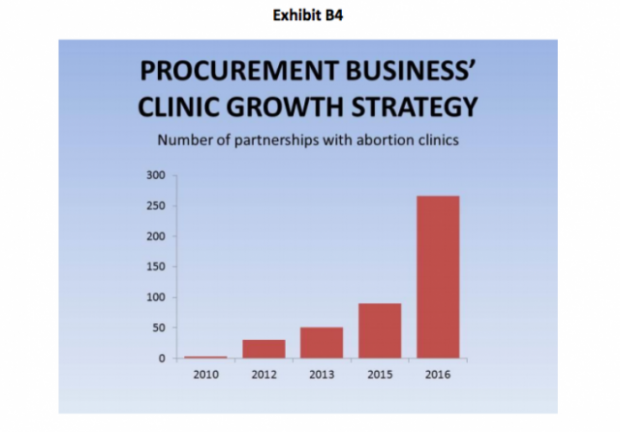 In 2012 StemExpress worked with a few dozen clinics. Two years later that number was between 50 and 100, and then in 2016 the number of partnerships more than doubled to 250.

The second chart shows the revenue grow from a few hundred thousand dollars in 2011 to about $4.5 million in 2014. StemExpress made a list of the 50 fastest-growing private companies led by women in America in 2014 for its impressive three-year growth rate. 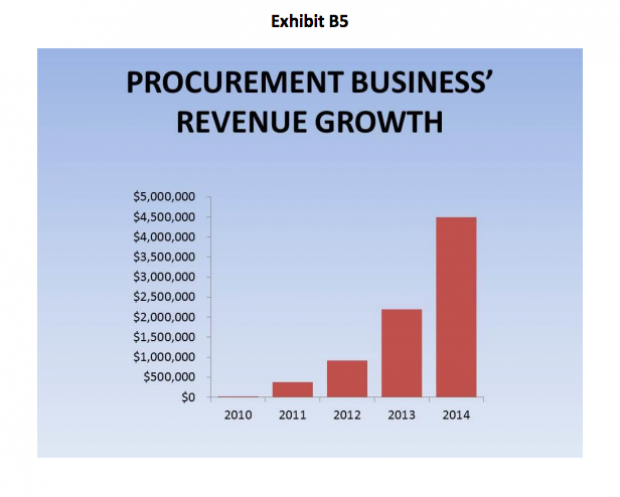 The House panel released a slew of documents detailing how the fetal parts, such as a brain or nose or liver, get from the mother’s womb to medical researchers across the world. Included is a screenshot of an order form researchers can use to place an online request for specific types of parts or tissue. StemExpress then uses its network of clinics to match the orders with women carrying the ideal type of fetus and works to obtain consent from those women to harvest and distribute the parts of their unborn baby.

In undercover footage released by The Center for Medical Progress last year, Dyer discusses the profitability of the partnerships for abortion clinics with someone posing as a potential fetal tissue buyer.

“You feel like there’s clinics out there that have been burned?” Dyer asks. “That feel like they’re doing all this work for research, and it hasn’t been profitable for them?”

“No, I don’t,” the undercover actor posing as a buyer replies.

It’s a felony to receive “valuable consideration” for aborted baby parts, but it is legal to receive “reasonable payments” for costs associated with the exchange. CMP alleges Planned Parenthood is illegally profiting off of its partnerships with fetal tissue procurement companies. StemExpress cut ties with Planned Parenthood after the videos surfaced.