At his final White House Correspondents’ Dinner on Saturday, President Barack Obama appeared to soak up the rousing rendition of “The Star-Spangled Banner” — eyes closed, standing tall and a gentle look of happiness splayed across his face.

First lady Michelle Obama, on the other hand, did not appear to enjoy the experience. 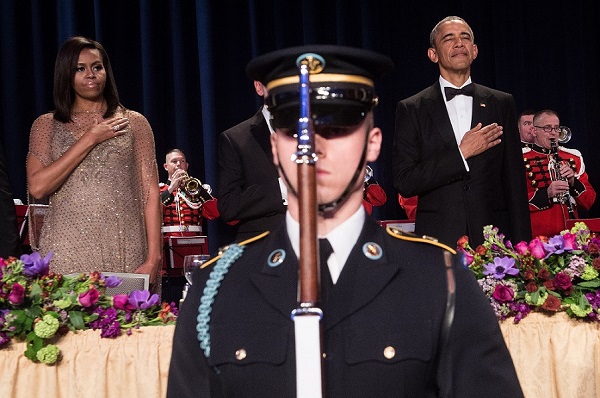 Is it a case of resting bitch face? Or is something far more sinister afoot? The Daily Caller doesn’t claim to know, but will note that Michelle Obama did seem to have a slightly better time last year, when she memorably paid tribute to Whitney Houston by rocking the singer’s hairstyle in the 1985 video for “How Will I Know.” 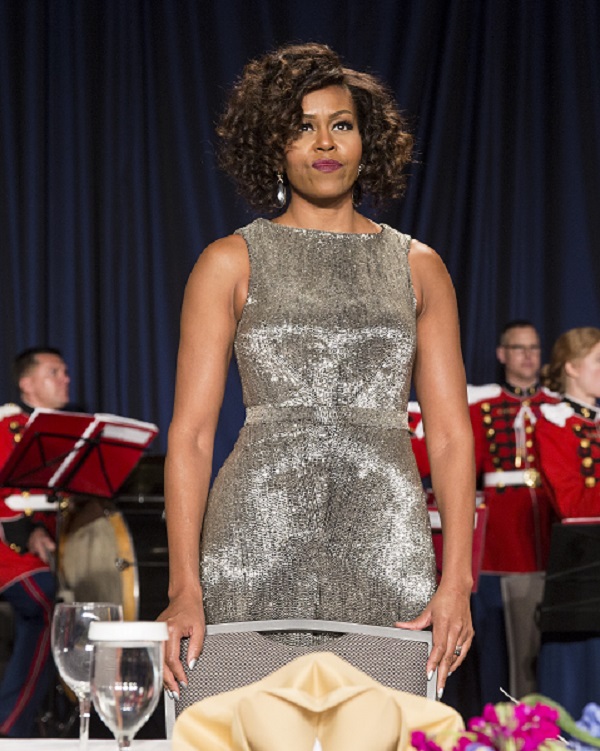 The first lady definitely had a better time in 2013, if only because of the alcohol. 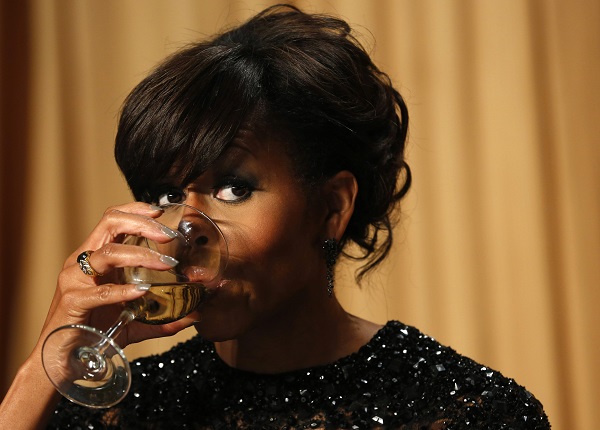 “Is this dinner too tacky for the Donald? What could he possibly be doing instead? At home, eating a Trump steak? Tweeting out insults to Angela Merkel?” the president said.

The president also suggested that Trump’s experience as a real estate mogul could be useful in attaining a goal Obama has failed to reach: closing the Guantanamo Bay detention camp.

“Trump knows a thing or two about running waterfront properties into the ground,” Obama wryly observed.