Right before the first round of the NFL draft, former Ole Miss offensive tackle Laremy Tunsil was shown taking sports’ most famous bong rip since Michael Phelps. In a leaked video, Tunsil, whom many considered the best player in the draft, took a hit via a gas mask bong, an arrangement that almost certainly got him very, very high.

If you are a sanctimonious professional coach, then you greeted this video with manufactured horror. (I’m looking at you, teams with picks #3 to #12 in the draft). Your reaction was something silly, along the lines of: How could a college athlete smoke marijuana!?

But if you are a college student yourself, or maybe just someone who has grown accustomed to the laxer cannabis laws throughout this country, then your first thought was: Where can I get one of those nifty devices?

Luckily, Amazon has you covered. They actually offer a product called the “Party Gas Mask Hookah only for Arabia Hookah.” Guess what: it is a “#1 New Release.” Makes you wonder why everyone is interested in getting a “party gas mask” all of a sudden. 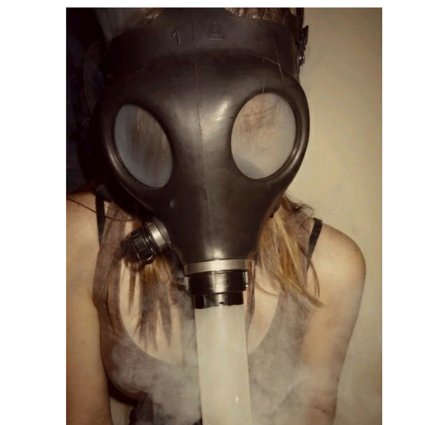 The funniest aspect of the party gas mask on Amazon is found in the Customer Question & Answer section. On May 1, 2016 (only a couple of days after the Tunsil affair went viral) “Joshua Hensley” asked “Does the hookah come with it.” Shortly after on that same day, “Catherine” responded “Its a bong. Not a hookah.”

Well, then. That answers that.

WATCH Laremy Tunsil Smoke Out Of A Gas Mask Bong: