I will be campaigning in Indiana all day. Things are looking great, and the support of Bobby Night has been so amazing. Today will be fun! 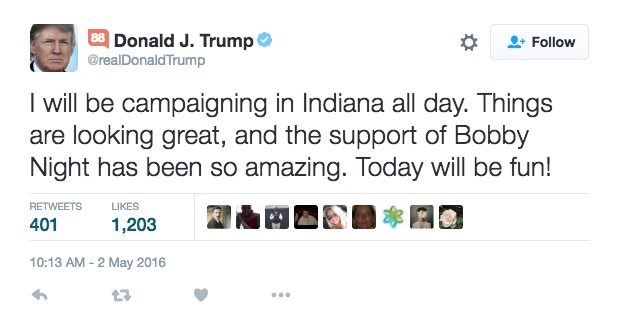 Trump has publicly touted Knight’s support ahead of the Indiana primary.

The former Indiana men’s basketball coach — who brought the Hoosiers three national championships — introduced the Republican presidential leader at a Thursday rally in Evansville. (VIDEO: Bobby Knight — Trump Is A ‘Son Of A B**ch’)