Seattle Seahawks superstar quarterback Russell Wilson was nowhere to be seen Monday night at the Met Gala, where his fiancé Ciara was spotted wearing a racy outfit.

The father of Ciara’s child is a rapper named Future and the two have been publicly embroiled in several vicious controversies.

Future was in attendance at this year’s Met Gala, which may have kept Wilson away, according to a theory from TMZ Sports. (RELATED: Russell Wilson Posts Stunning Photo Of His Fiance On Instagram [PHOTOS]) 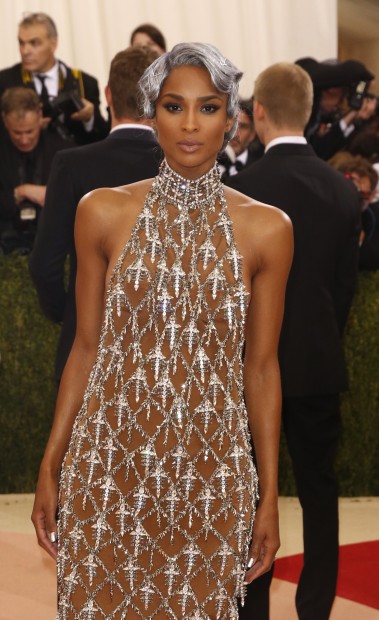 Singer Ciara arrives at the Metropolitan Museum of Art Costume Institute Gala (Met Gala) to celebrate the opening of “Manus x Machina: Fashion in an Age of Technology” in the Manhattan borough of New York, May 2, 2016. REUTERS/Lucas Jackson – RTX2CJ28

The idea that Wilson wanted to avoid the event to potentially stay away from any confrontation isn’t too far-fetched, especially when you consider the reports Wilson won’t call Ciara’s son by his first name simply because he shares it with his father. (SLIDESHOW: These Gorgeous Women Love Baseball)

Wilson is one of the highest-paid and most well-respected athletes in all of professional sports.

It’s probably a wise idea to avoid any situation that could have potentially boiled over. (SLIDESHOW: This Gorgeous Olympian Loves To Show Off Lots Of Skin)