Less than one percent of the more than 480,000 immigrants who overstayed their visas were deported by Immigration and Customs Enforcement in fiscal year 2015.

Only 2,456 aliens who overstayed their visa were deported from the United States in fiscal year 2015, according to figures provided by ICE to the Senate Judiciary Committee. 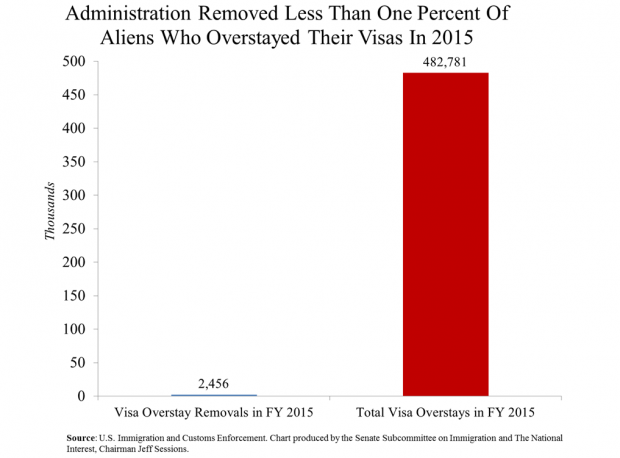 Fiscal year (FY) 2015 extended from Oct. 1, 2014 to Sept. 30, 2015. These figures are only for people who entered through a visitor visa for business or pleasure, or through the Visa Waiver Program. It does not include people from other visa categories, like Mexican nationals who use Border Crossing Cards.