Take one look at Ronan Farrow and it’s obvious that he’s Woody Allen’s biological son. The resemblance is uncanny. Every time I see him, I do a double-take. “Whoa, did Woody get a facelift? He looks 30 years younger!”

It clearly enrages Farrow that he bears such a strong physical resemblance to a man he hates. He’s just penned an essay in the Hollywood Reporter about the massive PR effort to deny and dismiss allegations that Allen assaulted Ronan’s sister when she was a child.

Farrow leads off by recapping his attempts to cover the Bill Cosby story (he’s a journalist, you see), and ties it into the scandal within his own biological family:

It was shortly before the Cosby story exploded anew that my sister Dylan Farrow wrote about her own experiences — alleging that our father, Woody Allen, had “groomed” her with inappropriate touching as a young girl and sexually assaulted her when she was 7 years old…

Every day, colleagues at news organizations forwarded me the emails blasted out by Allen’s powerful publicist, who had years earlier orchestrated a robust publicity campaign to validate my father’s sexual relationship with another one of my siblings. Those emails featured talking points ready-made to be converted into stories, complete with validators on offer — therapists, lawyers, friends, anyone willing to label a young woman confronting a powerful man as crazy, coached, vindictive.

And what happened when Ronan and Dylan tried to fight back?

An editor at the Los Angeles Times sought to publish her letter with an accompanying, deeply fact-checked timeline of events, but his bosses killed it before it ran. The editor called me, distraught, since I’d written for them in the past. There were too many relationships at stake. It was too hot for them…

Very often, women with allegations do not or cannot bring charges. Very often, those who do come forward pay dearly, facing off against a justice system and a culture designed to take them to pieces…

We are witnessing a sea change in how we talk about sexual assault and abuse. But there is more work to do to build a culture where women like my sister are no longer treated as if they are invisible. It’s time to ask some hard questions.

I’m willing to listen when someone claims sexual assault, even if I don’t take that in and of itself as evidence of a crime. I don’t know what happened to Ronan Farrow’s sister, but I believe that he believes her. I can only imagine his frustration at the way she’s being treated.

But as long as we’re asking hard questions, here’s one for Ronan Farrow:

Who are you supporting in the presidential election this November?

Everything Farrow complains about with regard to his father is also true of Bill Clinton: The credible accusations that remain consistent over time, while the denials and deflections of the accused keep shifting. The massive public-relations effort to cover up the accusations and intimidate anyone who might ask the accused about them. A powerful man threatening people’s careers if they humiliate him, and dismissing his accusers as lunatics or gold diggers or puppets or worse.

Does Ronan Farrow want such a man back in the White House? Is he willing to look the other way, as he says Hollywood and the media have looked the other way when it comes to his father? Can he really tell himself that the woman who’s been enabling Bill Clinton for decades is in no way responsible for anything he’s done?

Can Ronan Farrow really keep covering for his old boss?

“When you’re knocked down, get right back up.” – Hillary Clinton turns 65 today. I’ve never learned more from a boss. pic.twitter.com/U6V5VqfE

Will he keep treating those women like they’re invisible? 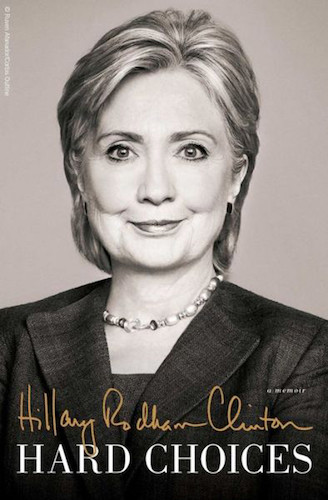