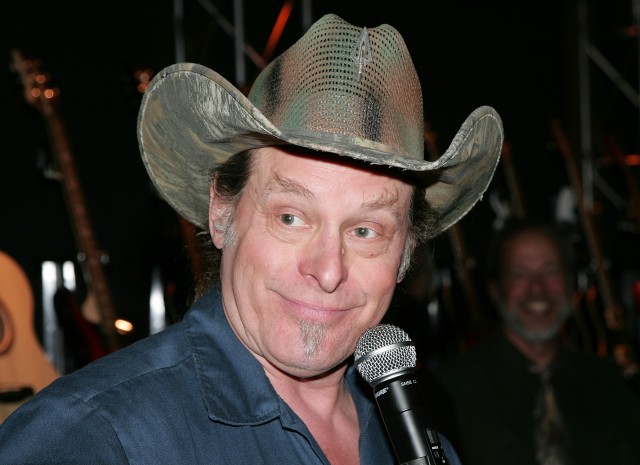 [dcquiz] The video includes a clip from a Democratic debate where Clinton was quoting a statistic that “90 people on average a day are killed” because of gun violence. Her Democratic opponent chuckles before pulling out a handgun and shooting Clinton.

“I got your guncontrol right here bitch!” Nugent captioned the video. (SLIDESHOW: These 17 Celebrities Want To See Donald Trump Running The White House)