There’s no link between the pro-green energy policies of states and falling carbon dioxide (CO2) emissions, but there is a statistically significant link between falling CO2 and natural gas electricity, according to statistical analysis conducted by The Daily Caller News Foundation.

Statistical analysis and regressions run by TheDCNF found no statistically significant link existed between the amount a state’s CO2 emissions fell since 2005 and the number of policies supporting green energy implemented by the state. The analysis showed there is an 81 percent chance there’s no link between CO2 emissions and the number of pro-green energy policies, meaning a link between the two likely doesn’t exist. The very small correlation between CO2 emissions and policies was going in the opposite direction from environmentalist claims.

Further analysis found a statistically significant link and correlation existed between a state’s CO2 emissions and the dependence of its economy on hydraulic fracturing, this analysis showed there was about a 95 percent chance of a powerful positive correlation. This means there is a 95 percent chance the correlation between the two is not random, which is the level at which scientists typically accept a link.

TheDCNF analyzed CO2 emissions from the energy sector data from the Energy Information Administration (EIA) from 2013, the last full year of state-level data, and Database of State Incentives for Renewables & Efficiency, then aggregated every state economy’s dependence on natural gas by using data from the EIA with GDP numbers from the U.S. Bureau of Economic Analysis. The use of 2013 data predates much of the fracking boom, meaning an updated result would likely be even more significant. Finally, TheDCNF displayed the data on the maps below. 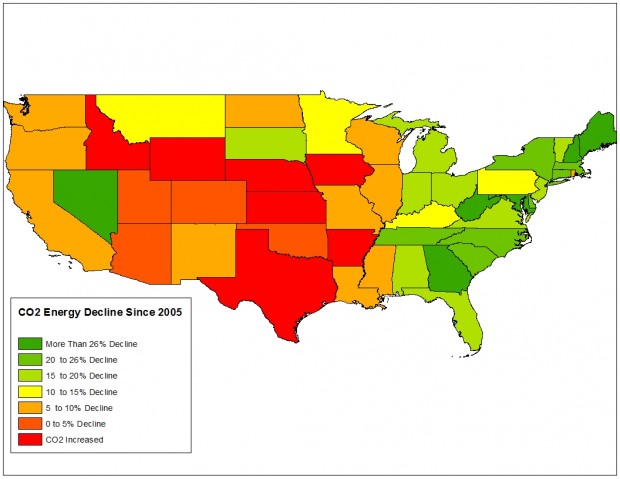 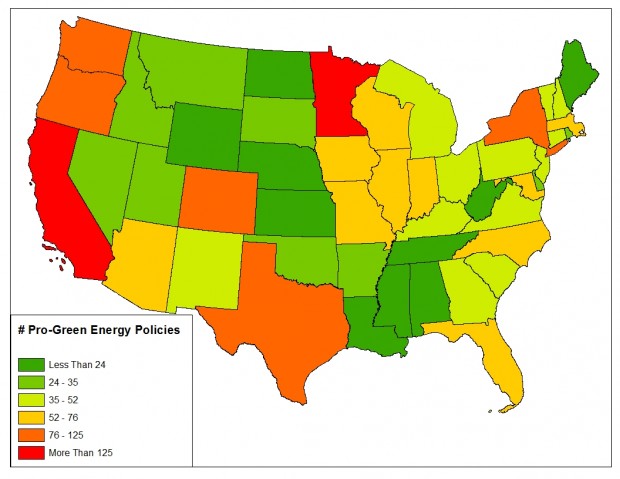 America’s CO2 emissions have, overall, fallen 12 percent since 2005. TheDCNF’s analysis concurs with a report published last week by EIA that the primary reason for the decline in CO2 emissions is increased natural gas production from hydraulic fracturing, or fracking. TheDCNF’s analysis found a statistically significant correlation between the dependence of a state’s economy on natural gas and large reductions in CO2 emissions. The states with the largest declines in emissions all had economies that are very dependent on burning natural gas for electricity.

Natural gas emits about half the CO2 of coal power and is already cheaper than coal in many locations due to fracking. The EIA estimates roughly 68 percent of the falling CO2 emissions are due to the switch from coal to natural gas.

The U.S. has reduced greenhouse gas emissions more than in any other country, a fact even The Sierra Club acknowledges, though the group refuses to attribute the decline in emissions to natural gas, a source of energy it opposes politically.