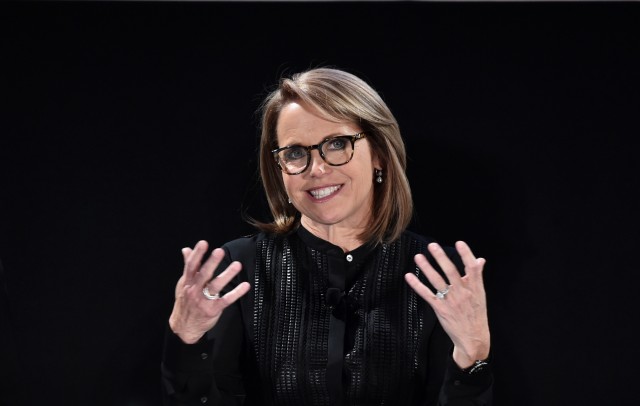 During an interview about her documentary “Under the Gun” — which examines “both sides” of the gun debate — she said “couldn’t understand the disconnect.”

“Ninety percent of the public really favors universal background checks,” Couric said. “And after Sandy Hook, everyone thought this was a watershed moment — that something would be done. And then when Manchin/Toomey died in the Senate, I couldn’t understand the disconnect between public opinion and our elected officials.”

“The NRA only represents five percent of gun owners, so there’s this huge silent majority, and I think that’s really hopeful because there’s a lot of common ground.”

1
NBC News Spent Weeks Reporting On A Contributor's Journey Battling Coronavirus – But Now He Says He Never Had It
Media
2
Trump Calls For Dossier Author Christopher Steele To Be 'Thrown In Jail'
Politics
3
'Powerful Enough To Do Whatever We Want': A Journalist's Escape From Socialist Venezuela, Part 1
Opinion
4
'Suppression Of Speech': Goya Foods CEO Refuses To Apologize For Pro-Trump Remarks
Politics
5
'Counter To Science': Dr. Scott Atlas Makes The Case For Reopening Schools In The Fall
Editorial