Susan Sarandon said Donald Trump has “legitimized racism and homophobia” during his campaign. 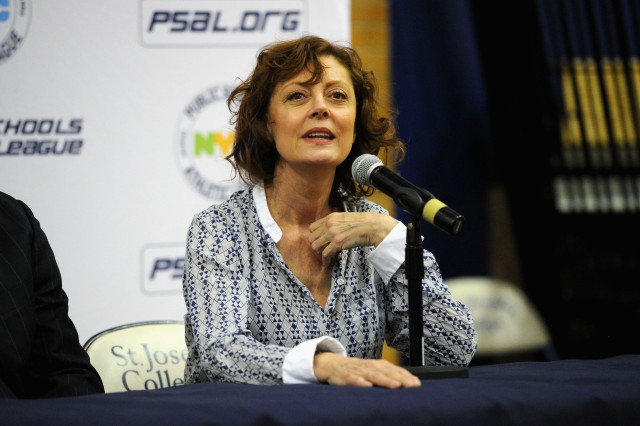 Speaking at the Kering Women in Motion Talk on Sunday, the 69-year-old actress — who has voiced her support for Bernie Sanders — said the Republican presidential candidate doesn’t stand a chance at winning because he’s “alienated so many minorities and women.” (RELATED: Jennifer Lawrence Has Two Harsh Words For Donald Trump)

“It doesn’t matter what [Trump] thinks because nothing will be able to happen,” Sarandon said. “The thing interesting about Trump is the things he’s talking about are impossible. They’re not what’s threatening.”

“He’s obviously not going to build a wall; he’s not going to be able to export all the Muslims in the United States. All of those things are impossible to do.” (RELATED: Donald Trump Calls Out George Clooney After The Actor Said This About Him)

“What he did that was terrible is that he legitimatized racism and homophobia in order get that very discontented base that wants something authentic,” she continued.

“What he did in the process was say, ‘It’s OK to be violent.’ That’s why he has the KKK as one of his representatives. That’s been really terrible, besides the fact that America looks ridiculous.” (RELATED: ‘The Wire’ Star Arrested For Attacking A Woman Who Said She Supports Bernie Sanders)