The number of Cuban migrants entering the U.S through the Mexican border seeking asylum has surged and is on pace to to be the most in over ten years, according to an analysis released Monday.

Under current interpretations of the Cuban Adjustment Act, Cuban migrants who come into the U.S are the beneficiaries of “wet foot, dry foot.” As long as they make it to the U.S. they qualify for asylum as American officials operate under the assumption Cubans have a credible fear of persecution if they are returned to their nation. 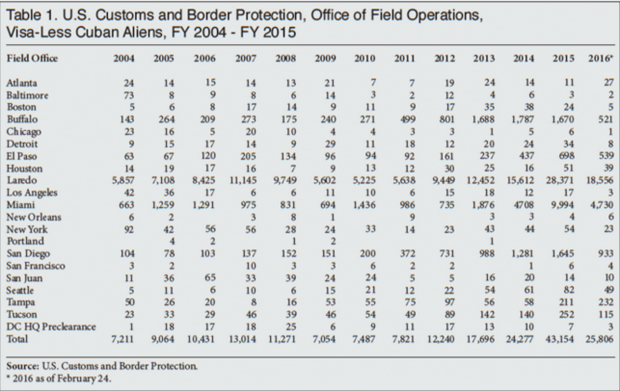 Cuban immigrants in the U.S receive access to federal welfare benefits, Medicaid, a work permit, and are issued a Social Security number.