[dcquiz] During an interview with Andy Cohen on “Watch What Happens Live” Monday night, the Fox News host was asked if she thinks the Republican candidate’s hair is real. (RELATED: Everyone On Twitter Just Decided Megyn Kelly Won The Fox News Debate)

“I would say that the hair is real,” Kelly said. “I have laid hands on it personally. That’s not a wig and it’s not a comb over, either.” 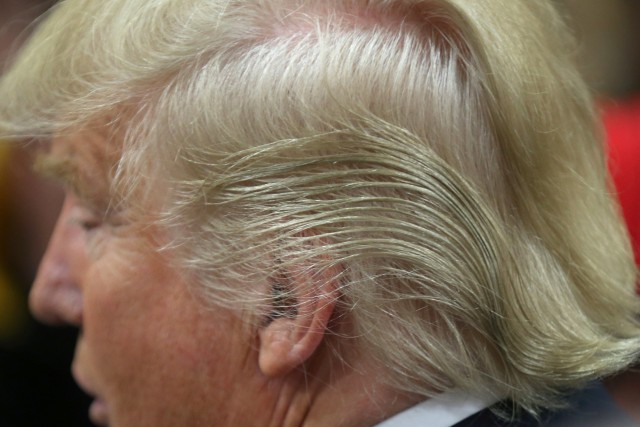 “I have run my fingers through it,” Megyn said, adding, “We used to get along! I stuck my hands under there — I shoved my hands up in that hair and that’s real.” (RELATED: Everyone On Twitter Just Decided Megyn Kelly Won The Fox News Debate)

“You know, he actually has a very famous quote where he said something like, ‘I’m going to bed with all these supermodels, so I guess it works.'”