Here’s A List Of Some Of The Most Unusual Animals, Reptiles Available At A Typical Wuhan Wet Market
Steve Guest Media Reporter
May 17, 2016 4:44 PM ET
Font Size:

Melania Trump responded to MSNBC’s Chris Matthews comment that he “could watch that runway show” calling it “unbelievable,” adding that “men will be men.”

In an interview with Du Jour, Trump said, “I’m not only a beauty, I’m smart. I have brains. I’m intelligent.” (RELATED: Melania Trump Sends Thrill Up Chris Matthews’ Leg [VIDEO])

The day Sen. [crscore]Ted Cruz[/crscore] dropped out, Matthews was caught on a hot mic commenting on Trump’s appearance, suggesting, “Did you see her walk? Runway walk. My God is that good… I could watch that runway show.” (RELATED: Melania Trump On Plastic Surgery: ‘It’s All Me’) 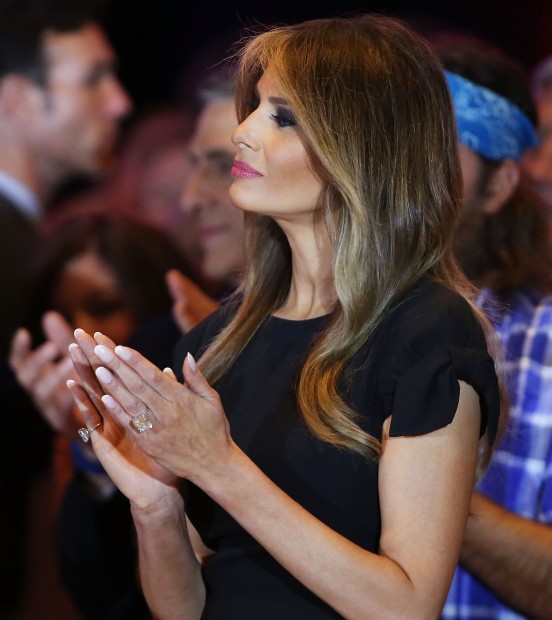 The Du Jour article then goes on to note that Trump’s “Men will be men” comment is the same comment she uses when asked about her husband, Donald Trump’s interviews on the Howard Stern’s show. The article notes, “Stern once asked if Donald would stay with Melania if she suffered a horrific car accident, and he replied: ‘How do the breasts look?’ A similar vibe was conveyed when Trump came out on stage at a town-hall meeting at the University of Pennsylvania in 1999 and shouted, ‘Where’s my supermodel?'”

1
MyPillow’s Mike Lindell Punches Back At Jim Acosta: Unfit To Print
Editorial
2
'Lost The Credibility': WHO Faces Mounting Backlash For Aiding China's Coronavirus Cover Up
World
3
Was The Stockpile Shortage Under Obama A Result Of The Tea Party? Not So Fast
Media
4
California Providing Millions Of Dollars For Illegal Alien Business Owners
Politics
5
Fire At Florida Airport Destroys 3,500 Cars
US