“They put part of what I said together…basically you could spin it any way you want if you’re a spin doctor. I asked them several times if it was a negative piece because I had nothing negative to say about Donald. …He was thoughtful, kind, generous. He was a gentleman.”

— Rowanne Brewer Lane, Donald Trump’s ex-girfriend in her umpteenth media appearance Monday night on Don Lemon‘s CNN program to discuss a disparaging story about Trump and women in the NYT.

Rosie keeps declaring that Donald will never be president

“REPEAT AFTER ME – HE WILL NEVER BE PRESIDENT.” — Rosie O’Donnell, former co-host of ABC’s “The View.” Memo to Rosie: Come on, unblock me!

Editor shares something about his nipples with Trump

More thoughts on the NYT piece…

“It’s completely bogus to say this is anything other than a hit piece.” — Trumpette Kayleigh McEnany on CNN Monday night.

“People just assume that he is somewhat of a misogynist, that his behavior is boorish. …I just don’t think that this is a huge surprise to people. The idea that he is freaking out over it all day long is kind of amusing to me.” — CNN Democratic analyst Hilary Rosen on why she thinks the piece is kind of a “nothingburger.”

“Hesitate to say this, but we may have reached Peak Bullshit: Roger Stone comparing Trump fake-PR tape w A. Hamilton writing under pseudonym.” — James Fallows, The Atlantic.

“Kind of fun to be in Bowling Green, Ky, for the first time on what would have been my great grandmother’s 116th birthday. She was born here!” — MSNBC campaign reporter Kasie Hunt.

LEWANDOWSKI: Despite false reports to the contrary, I am not writing a book. I am under a strict confidentiality agreement with Mr. Trump.

COPPINS: FWIW, I didn’t write or report anything about Lewandowski violating a confidentiality agreement(?).

LEWANDOWSKI: McKay Coppins also bet a year of his salary saying Mr. Trump would not run for President. Mr. Trump is still waiting for the money.

Quote Taken Entirely Out Of Context

“McKay Coppins is a lesbian.” — John of Austria (no one you should know) as retweeted by BuzzFeed‘s Andrew Kaczynski.

“Who needs a Pulitzer? After years of trying, I have finally made @betsyscribeindc’s list of dumbest tweets.” — Washington Examiner‘s Jim Antle. See the saucy tweet that earned him a spot on the list.

“Standing by for news (physically standing).” 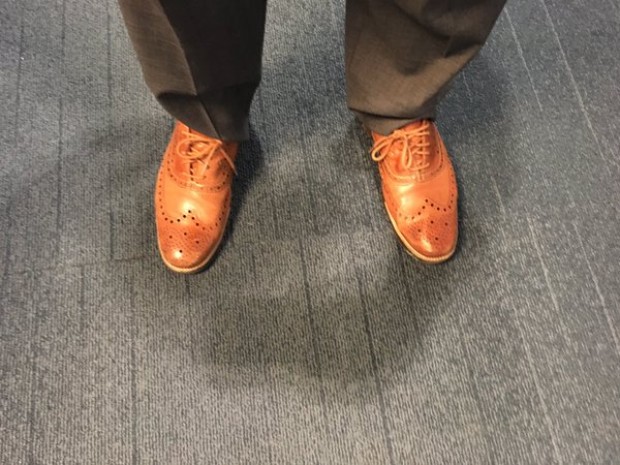