Alpha House, a political series about four Republican senators who share a house in Washington, premiered in 2013 and survived two seasons.

Unfortunately there won’t be a third.

The show starred John Goodman and Mark Consuelos (spouse to Kelly Ripa, the woman who will kick your ass if you don’t tell her you’re leaving her show). The news seeped out by Twitter Wednesday from the show’s Executive Producer Jonathan Alter, who is also an MSNBC analyst and a columnist for The Daily Beast.

Full disclosure: the intrepid Alex Pappas sits about five feet away from me. 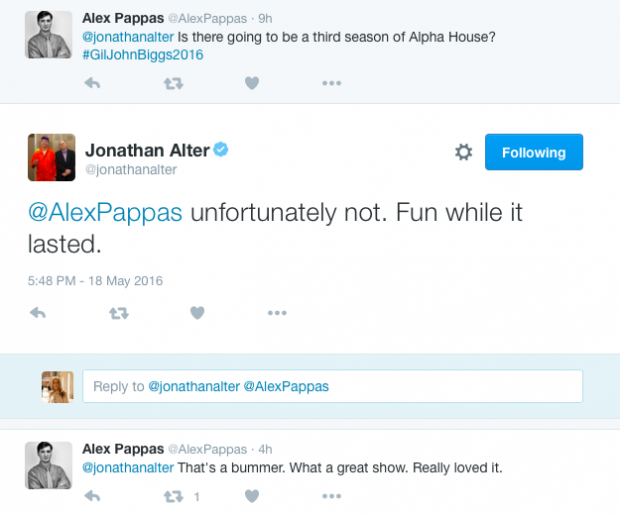