Eagles of Death Metal — the band that was performing during the Paris terrorist attacks last fall — has been kicked out of two French music festivals after the lead singer made anti-Muslim comments. 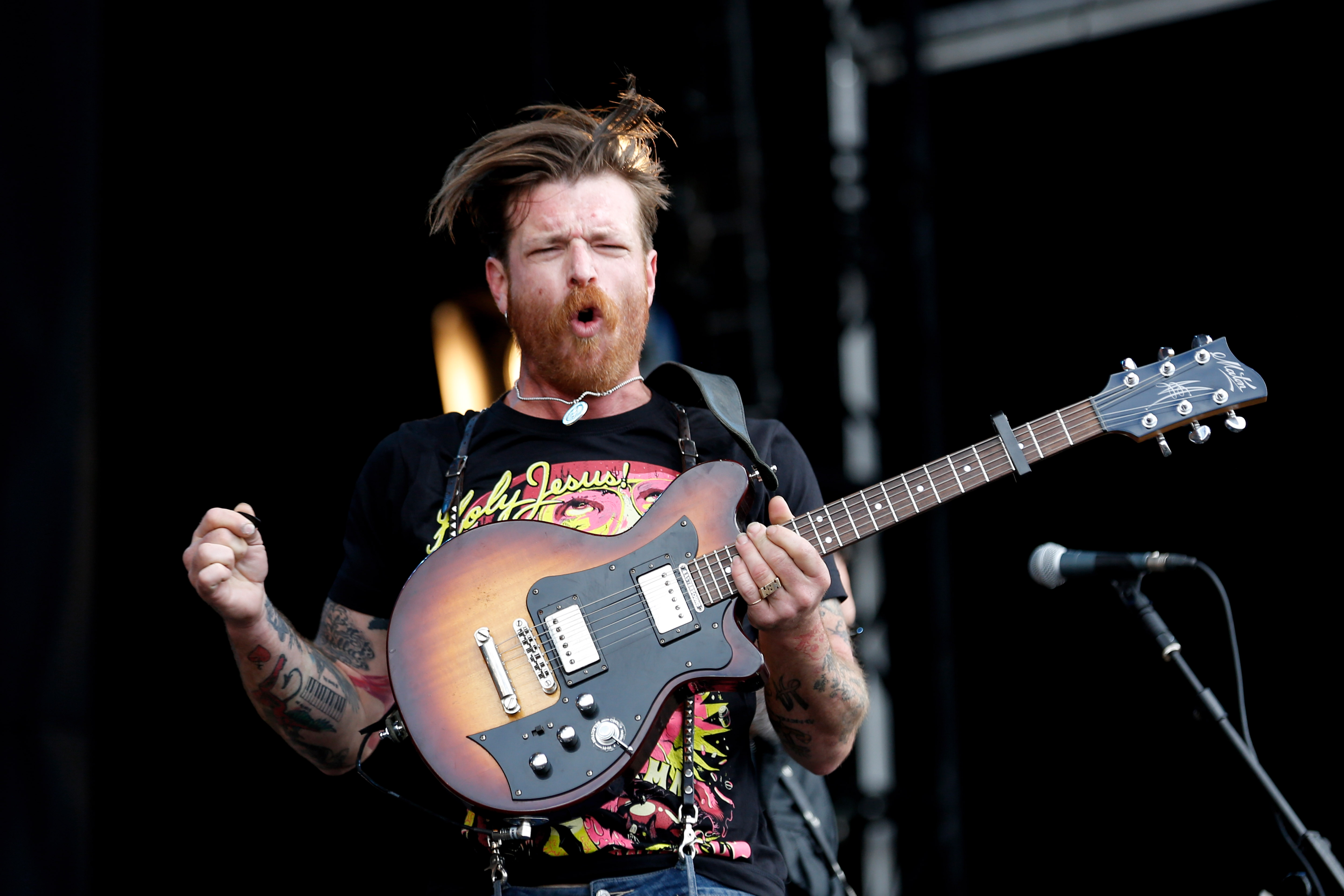 During an interview last week,  Jesse Hughes — the band’s frontman — said he saw “terrorists” inside the Bataclan the night of the attacks.

“I saw Muslims celebrating in the street during the attack,” Hughes told Taki magazine. “I saw it with my own eyes. In real time!”

“How did they know what was going on? There must have been coordination. They knew bouncers. They knew doormen.”

Now, the Eagles of Death Metal have been booted from the The Rock en Seine concert in Paris and the Cabaret Vert festival in northern France because the venues are “in total disagreement” with his comments.

Hughes outside of the concert hall. (Photo: Reuters)

Earlier this year, Hughes said he thought the attacks were an “inside job.”

“I immediately went to the promoter and said, ‘Who’s that guy? I want to put another dude on,’” Hughes said. “And he goes, ‘Well some of the other guards aren’t here yet,’ and eventually I found out that six or so wouldn’t show up at all.” (RELATED: Singer Who Was Performing During Paris Attack Believes It Was An Inside Job)

Hughes later apologized for what he said during the March interview, calling his comments “absurd and baseless,” but during his interview with TM, he reiterated what he said.

“Look, security guards backstage are notorious for being dicks,” he continued. “They check your ID every few minutes and nobody goes back and forth without being checked, even if you’re in the band. This guy didn’t care what we did. He didn’t even look at me. ”

“The only time he seemed remotely interested in us was when he said to my girlfriend, ‘Do you speak French?’ and ‘Where are you from?’ She said she was from Texas and he was getting frustrated because that’s not what he meant. Then she said, ‘I’m American’ and he lost interest. I honestly think he was trying to determine if she was Arab or not. She’s Mexican and she could easily pass for Lebanese and I think he was going to warn her if she was Muslim.

“I kept opening up the back door to smoke and that’s usually a big no-no because of the sound ordinances. I’ve played there before and opening up that door to smoke got you in big trouble. This time, the security guy walks right past me and anxiously looks down the alleyway in either direction.”

Hughes described the graphic scene from that fateful night.

“I had pieces of teeth and human bone pulled out of my face,” he said when asked about being hospitalized.

“A girl got shot right next to me by the shooter at the top of the stairs who I had met earlier. She stepped one step in front of me and her head just exploded. It blew pieces of her teeth and skull into my face.”