Bill Cosby admitted to having sex with two teenage girls in a newly released deposition. 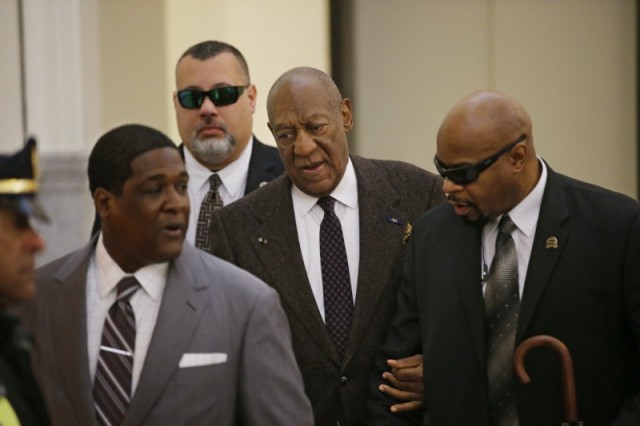 The 78-year-old comedian was ordered to stand trial for three counts of felony indecent assault from a 2004 case involving Andrea Constand Tuesday.

[dcquiz] Before his pre-trial hearing, the Associated Press released transcripts from two depositions he gave in 2005 and 2006 when he was first accused of sexual assault by Constand. (RELATED: Bill Cosby Mugshot)

In the depositions, Cosby admitted that he had his agency send him “five or six” girls while he was filming one of his sitcoms.

Q: She says that just days after … she told you that she did not drink, you told her to come over to (your townhouse) and served her amaretto. Do you recall serving her amaretto?

Q: That you told her to sit next to you on the couch and that you put your arm around her and began massaging her shoulder and arms suggestively. Did that occur? … This occurred sometime after you met her parents.

Cosby: I need clarification on time.

Q: Why didn’t you ever take the quaaludes?

Cosby: Because I used them.

Cosby: The same as a person would say, “Have a drink.”

Q: You gave them to other people?

Q: Did you believe at that time that it was illegal for you to dispense those drugs?

Q: How did (the doctor) know that you didn’t plan to use (them)?

Cosby: What was happening at that time was that, that was, quaaludes happen to be the drug that kids, young people were using to party with and there were times when I wanted to have them just in case.

Q: When you got the quaaludes, was it in your mind that you were going to use these quaaludes for young women that you wanted to have sex with?