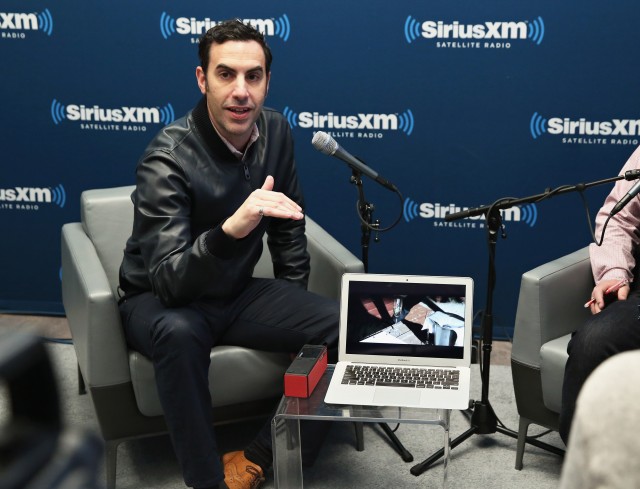 The Republican presidential candidate tweeted that he “never falls for scams” because he was the only person who immediately walked out of his Ali G interview, but during an interview Monday night, the man who plays Ali G said that wasn’t true.

I never fall for scams. I am the only person who immediately walked out of my ‘Ali G’ interview

For those who don’t know who Ali G is, Cohen used to have a satirical comedy series where he interviewed several celebrities — as the character Ali G — who didn’t realize it was a joke. (RELATED: Does Trump Have AIDS? Why Sacha Baron Cohen Won’t Rule It Out)

“I interviewed him as Ali G, who’s this wannabe rapper character, and I was trying to get Donald Trump to invest in this business scheme that I had, which was I was trying to sell something called ‘The Ice Cream Glove,'” Cohen told James Corden. “Anyway, he did not invest and decided to move into politics instead.”

Trump claims that once he realized it was a joke, he left immediately.

“Is that long for an Ali G interview?” Corden asked Cohen.

Cohen went on to say that he is not a fan of Trump’s.

“I was the first person actually to realize he’s a dick.”