Baltimore remained calm Monday after an officer charged in the death of Freddie Gray was found not guilty.

The Daily Caller News Foundation walked the streets of Baltimore talking to locals following the verdict. Journalists descended on the city in the expectation of outrage, perhaps even violence, but heavy rain fell for most of the day, seeming to dampen any thoughts of demonstration.

Businesses set ablaze and looted in April of 2015 were left untouched. The now infamous CVS sat quietly with a “Now Open” sign hanging out front. Nothing out of the ordinary other than a news camera on the sidewalk.

Last year, where TheDCNF reporters saw a burning car and a looted liquor store before being brutally attacked, the intersection appeared peaceful. 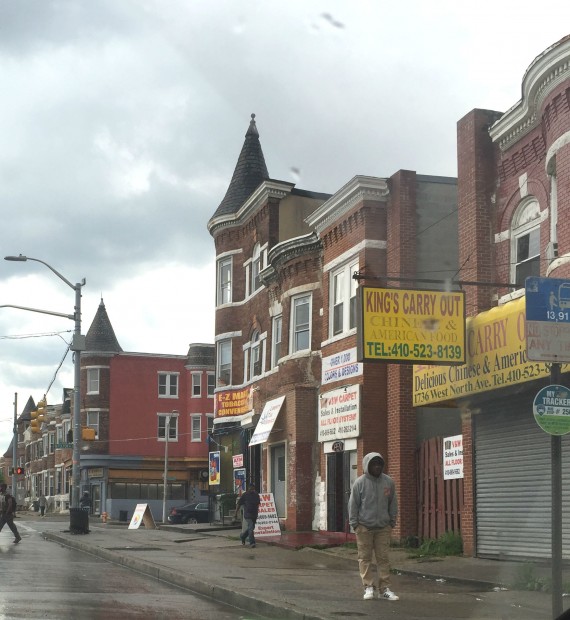 One local, Von Eric Smith, 48, told TheDCNF he was glad things did not turn violent.

“Why would you tear up your own city?” Smith told TheDCNF. “Don’t be out in this motherfucker acting stupid.”

Smith told TheDCNF he saw the beginnings of the riots in April of 2015 that led to arson and looting in much of the city. He said once he saw things get out of hand, he went home.

“You got to be smarter than that,” Smith told TheDCNF. “They thinking with their fists, not their head. They want to tear up their own city and it’s uncalled for.”

Other locals felt the ruling was unfair, though they were still going about their business as usual.

“I think it was unfair,” Tia Matk, 25, told TheDCNF about the ruling. “If he asked for medics at the time, they should have given him medics. They had no reason to chase him.”

Both Matk, and a different woman, Kia Johnson, 25, decried the ruling and said there would have been protests if not for the rain.

“That motherfucker should have got justice,” Johnson told TheDCNF. “He should have went to jail. If it were somebody else … instead of police they would have gone to jail.”

Baltimore Circuit Judge Barry Williams found Officer Edward Nero, 30, not guilty of all charges. The officer chose to have a bench trial, which means he gave up his right to a jury trial and let the judge to decide his fate. Nero faced misdemeanor charges of second-degree assault, reckless endangerment as well as two counts of misconduct in office, which could have landed him with up to 15 years in prison.