Both GOP presumptive presidential nominee Donald Trump and Sen. Bernie Sanders are out to lunch if they think America doesn’t benefit from free trade, according to a new report from the American Action Forum (AAF).

The report finds America has benefited from free trade for decades. The findings take particular aim at Trump, who frames trade as a competition, with the U.S. losing on one side and China, Mexico and Japan winning on the other. (RELATED: Poll: Democrats More Likely To Support Free Trade Than Republicans)

One of Trump’s major complaints against free trade is that the U.S. is running a deficit — meaning it imports more than it exports. But according to AFF, there’s no economic reason why this should be a problem.

“In trade, there is a common tendency to view exports as ‘good’ and imports as ‘bad.’ The problem with this understanding is that it discounts the value of imports,” says the report’s author Jacqueline Varas.

Imports give Americans access to consumer goods and materials that aren’t manufactured in the U.S. These goods also come with a cheaper price tag than if they had been made in America.

“If the U.S. were to stop importing altogether and instead manufactured all goods at home, it might have a very large trade surplus. However, the cost of production would significantly increase and consumer prices would rise dramatically,” says Varas.

One of the ways to demonstrate the value of imports is to see if the rate of foreign goods rises in periods of strong economic growth. AFF used data from the Bureau of Economic Analysis to illustrate this point. 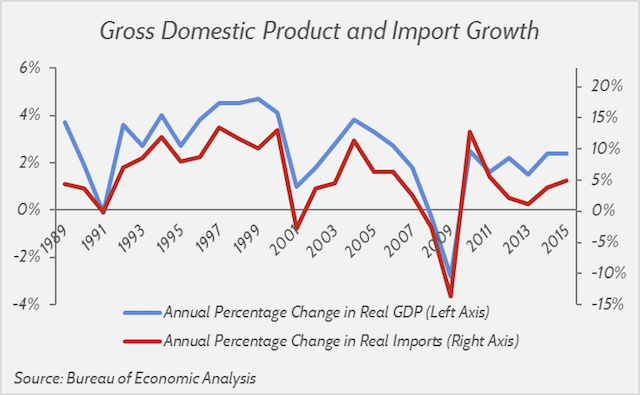 The chart “verifies that imports are not a weakness but a strength. As American citizens become wealthier, demand for imports rise. Conversely, import levels fall in times of economic decline.” 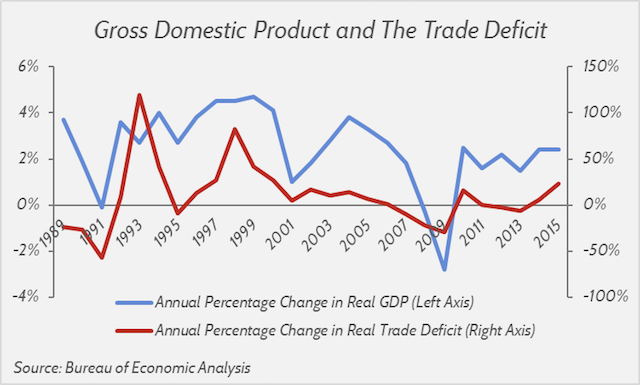 Trump is wrong to think Americans are harmed by a trade deficit, according to AFF. This is because when U.S. companies import from abroad, foreign firms are left with American dollars.

“To make a profit, those dollars are then invested back into US assets such as real estate, stocks, bonds, and government securities. That inflow of investment creates a surplus in the capital and financial accounts. It would be wrong to talk about the trade deficit without also noting the corresponding investment surplus,” says Varas. 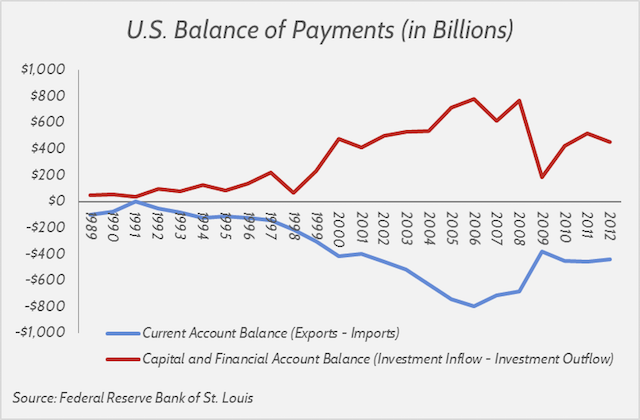 Americans are bitterly divided on the subject of free trade, with millennials embracing the policy while older citizens take a more skeptical view. (RELATED: Millennials Embrace Free Trade More Than Any Other Generation)