Note to dog owners who tie the leash to their bikes: STOP IT

“Every day now that the weather is nice I see idiots leashing their dogs to bikes and going for a ride. This is not cute, Muffy. It’s not what the dog wants, Travis. This is torture and abuse, and when your dog dies from this treatment, you’re going to find out that you are a terrible, terrible person.” — SiriusXM “Press Pool” host Julie Mason.

When sending a nude photo you might want to…

“Tips for sending nude photos: 1-ALWAYS edit ur face out  2-ALWAYS edit ur torso so it looks like a muppet face with ur boobs as googly eyes.” — Erin Gloria Ryan, deputy editor, Vocativ.

In other news… Stu Rothenberg, who quit Roll Call because of its extensive Donald Trump coverage, goes to work for WaPo, who, what, isn’t covering Trump at all?

The Daily Caller wondered about Lowery’s race since he’s the race reporter for WaPo and won’t talk about his own race, which happens to be half black, half white. For some peculiar reason, he gets offended by the white part.  The premise of the story was a police report for Wesley that listed a whole bunch of races for him that don’t all appear to be right including White, Arab, and Asiatic Indian. Reminisce on the 2014 piece here. No one wrote he lied about being black…but that would be too big for Wesley to correct the writer. 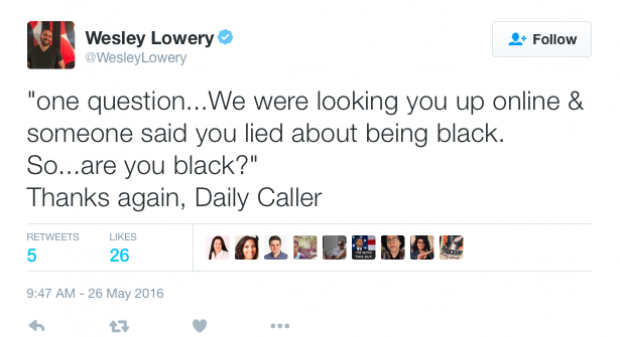 Wesley stupidly thinks Breitbart and Daily Caller are just a bunch of racists.

He is WaPo‘s RACE REPORTER, after all.

Ron Fournier reacts to a reporter who insults him

Fournier is a correspondent for National Journal; Nick Viahos writes for the Peoria Journal Star. 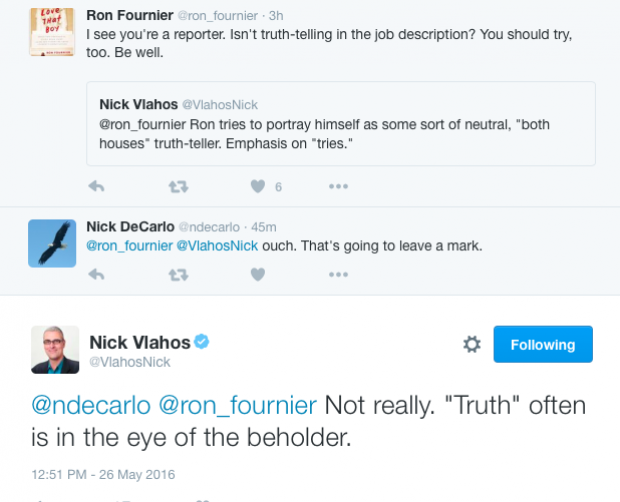 Memo to CNN: Please get your news direction from BuzzFeed‘s Andrew Kaczynski

“Cool to see CNN pulling old footage of Trump praising Clinton. Should have done it months ago, but whatevs.” — BuzzFeed‘s Andrew Kaczynski. 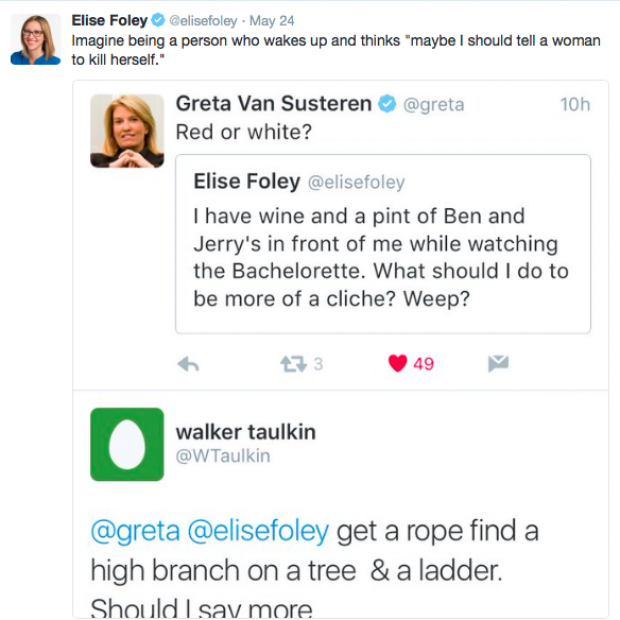 HuffPost‘s Nick Baumann replies to himself

Can anyone find him some online friends?